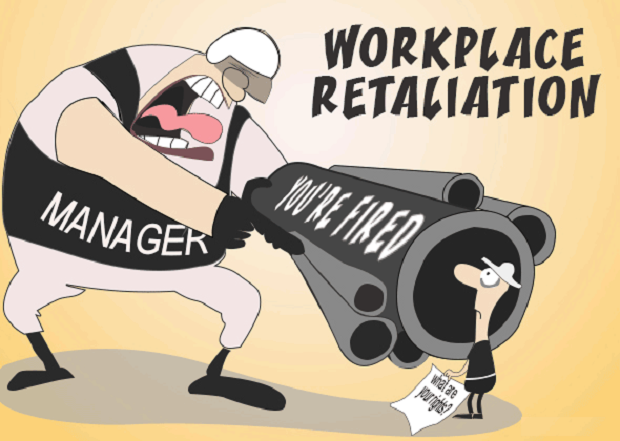 “The U.S. Postal Service unlawfully threatened to terminate, and ultimately fired, a worker who reported an on-the-job injury, the Labor Department said in a federal lawsuit in California. The DOL alleges that the Postal Service violated the whistleblower provisions of the Occupational Safety and Health Act, according to a complaint filed Wednesday in the U.S. District Court for the Eastern District of California.”

5. On July 19, 2015, Mr. Mehra suffered an injury at work while he was still a probationary employee.

6. Mr. Mehra reported the injury to his direct supervisor, Michael Banda, on July 20, 2015. In response, Mr. Banda threatened that he could be terminated from work due to the injury.

7. On or about July 21, 2019, Mr. Mehra again reported the injury to USPS by submitting a written statement. On the same day, he saw a medical provider, who removed him from work for a week.

8. USPS questioned Mr. Mehra on or about July 25, 2015 about the injury. On or about the same day, Mr. Mehra filed a workers’ compensation claim.

9. Mr. Mehra saw his medical provider again on or about July 27, 2015, who removed him from work for another week.

10. On or about July 28, 2015, USPS completed a separation request for Mr. Mehra and issued him a letter on July 30, 2015, dismissing him from employment effective July 30, 2015. The letter cited Mr. Mehra’s failure to meet performance standards, specifically failing to perform safely assigned duties and to follow accident-reporting procedures.

11. On October 5, 2015, Mr. Mehra filed a whistleblower complaint with the Occupational Safety and Health Administration alleging that the Defendant discriminated against him in violation of §11(c)(1) of the Act, 29 U.S.C. § 660(c)(1).

13. OSHA determined that by the acts described above, and by each of said acts,

Defendant discriminated against Mr. Mehra because of Defendant’s belief that Mr. Mehra exercised his rights under or related to the Act, and thereby Defendant engaged in, and is engaging in, conduct in violation of §11(c)(1) of the Act. 29 U.S.C. § 660(c)(1).

1. WHEREFORE, cause having been shown, the Secretary of Labor prays for a Judgment against Defendant as follows:

(1) For an Order permanently enjoining Defendant, its officers, agents, servants, employees and all persons acting or claiming to act in their behalf and interest from violating the provisions of § 11(c)(1) of the Act, 29 U.S.C. §660(c)(1); and

(2) For all appropriate relief as follows:

a. Payment to Mr. Mehra for lost wages and benefits including interest thereon, compensatory damages, plus pre- and post-judgment interest accruing thereon; and

b. For an Order directing Defendant to expunge any adverse references from Mr. Mehra’s personnel record and reinstate Mr. Mehra with full-time employment in a vacant position where he can perform all of the essential functions of the job, with all attendant benefits and privileges; and

c. For an Order directing Defendant USPS and its officers, supervisors, and lead employees to be trained in the whistleblower provisions of the Act; and

d. For an Order requiring posting in a prominent place at Defendant USPS’ Modesto, California facility for 90 (ninety) days a Notice stating Defendant will not in any manner discriminate against employees because of engagement, whether real, perceived, or suspected, in activities protected by Section 11(c) of the Act; and

e. For an Order granting such other and further relief as may be necessary and appropriate in this action, including costs and attorneys’ fees.