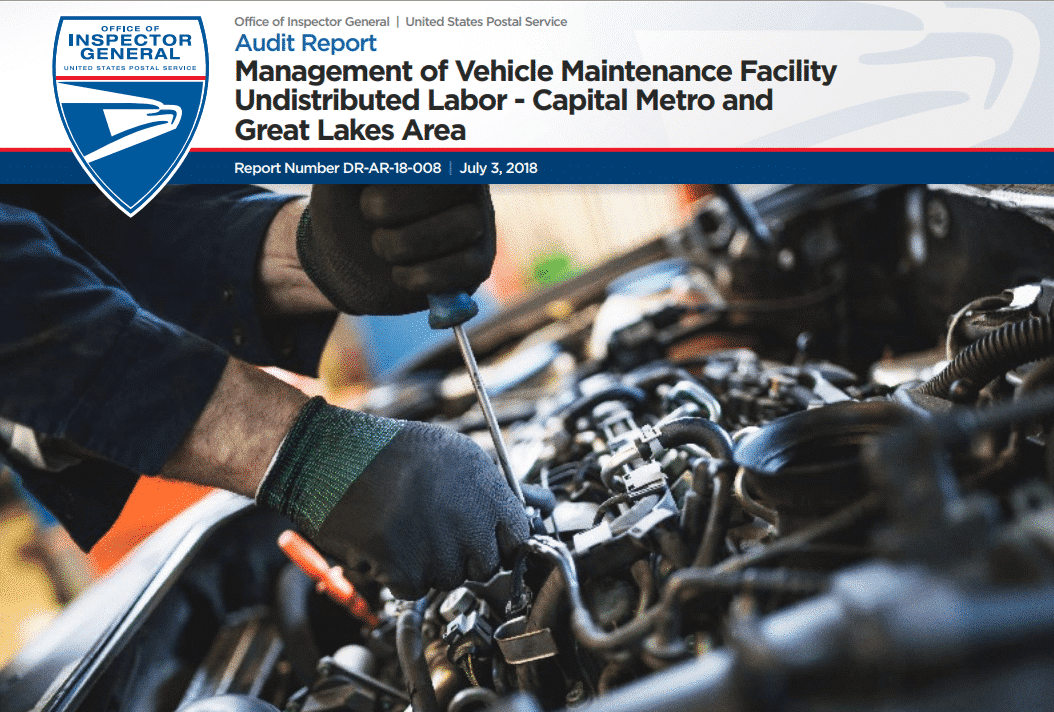 Our objective was to assess the controls over the management of mechanic undistributed labor in the Capital Metro and Great Lakes Areas.

Management controls over mechanic undistributed labor in the 12 selected Capital Metro and Great Lakes VMFs were not always effective to meet the performance target. Specifically:

These conditions occurred because:

Ineffective management controls over repair and maintenance operations resulted in 62,194 unaccounted for mechanic/garagemen work order hours. Because of the unaccounted hours, we estimated the Great Lakes and Capital Metro areas VMFs incurred questioned costs of $2,989,381.