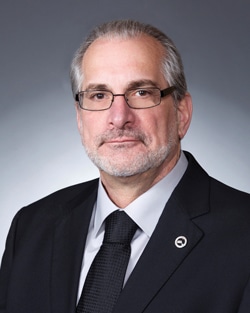 “This report takes direct aim at numerous agencies including USPS under the guise of reforming and restructuring for the 21st century,” President Rolando said. “The White House is making very clear that privatization of the Postal Service is its goal, despite the fact that the stakeholder meetings with the White House Postal Task Force are ongoing.

“NALC has long been committed to working with all of the stakeholders and not one has floated the idea of privatization except private shippers, who would love nothing more than to see the Postal Service dismantled.

“NALC had high hopes in engaging with this administration and its Postal Task Force to address the underlying issues facing the Postal Service, which stem from the 2006 mandate to pre-fund future retiree health benefits. The NALC along with the other postal employee unions provided recommendations to the Task Force. We were hopeful that this administration was seeking real solutions to stabilize this agency with an 88 percent public approval rating where veterans make up almost 25 percent of its workforce.

“Now that we know that this administration and its Task Force will make recommendations on reforms to achieve OMB’s privatization goals, NALC will work tirelessly with other stakeholders and Congress to oppose this faulty privatization plan every step of the way to preserve this public institution, which is based in the Constitution.”