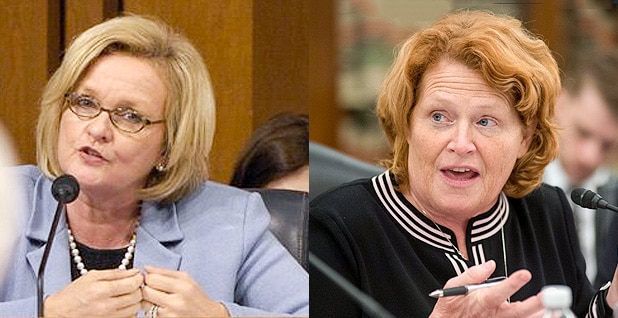 According to the OIG report, the unreported delays cost customers and businesses valuable time, and as a result, the Postal Service put an estimated $85.1 million in revenue at risk. Heitkamp and McCaskill have both long been working on the U.S. Senate Committee on Homeland Security and Governmental Affairs, which oversees issues related to the Postal Service, on ways to improve and make the agency more reliable and profitable. Together, Heitkamp and McCaskill urged Brennan to quickly develop and implement formal training requirements for managers at Processing and Distribution Centers, where issues with mail delays and reporting of such delays often originate.

“The Postal Service is integral to rural communities and our way of doing business – but when an estimated two billion pieces of mail were delayed over the course of a year, that lack of accountability is hurting the ability of Americans who depend on the Postal Service over the long term. We need to change that – and we need immediate results,” said Heitkamp. “For years, I’ve been working to address mail service challenges in North Dakota by hearing from hundreds of North Dakotans firsthand through my Fix My Mail initiative. And it’s why I’ll keep working to address those challenges to restore exemplary service and accountability at the Postal Service, just as we’re pushing for, so rural America can count on the Postal Service for generations to come.”

Both senators noted how severe delays have impacted Postal Service customers in their home states of North Dakota and Missouri, citing numerous photographic examples of mail sitting in bins waiting to be delivered in Missouri, as well as mail reliability challenges Heitkamp has heard about in hundreds of first-hand accounts from North Dakota community members and businesses that responded to her Fix My Mail initiative. In addition to raising reporting challenges to Postal Service, both Heitkamp and McCaskill are working toward comprehensive solutions to improve and strengthen the Postal Service’s delivery and service across the country, particularly in rural areas.

Long an advocate for improved mail delivery in North Dakota, Heitkamp’s efforts began shortly after taking office in 2013 when she heard from North Dakotans about ongoing problems with mail service.