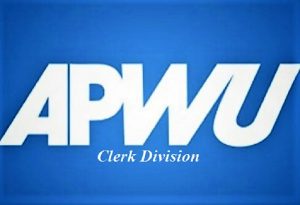 03/02/2019 – As previously reported, in 2018 the APWU, the National Postal Mail Handlers’ Union (NPMHU), and the USPS reached a tripartite agreement updating the RI-399 work jurisdiction process. As part of the agreement on the update to the RI-399 process, all pending RI-399 grievances filed prior to September 1, 2017, were administratively closed with some limited exceptions.

The Postal Service agreed that they would pay $14.5 million to each union in consideration of the withdrawal of national level disputes. The settlement agreement calls for the unions to each make their own determination on how this money would be distributed.

After consultation, much discussion, and agreement with the Clerk Craft Director, the APWU has decided that the money will be distributed in equal amounts to clerk craft employees who fall into the following two categories:

The exact amount of money is yet to be determined as the APWU is still determining exactly who are entitled to payment. We currently estimate this number to be around 85,000 career and non-career clerks (including any eligible career employees who retired after September 1, 2017). The number of eligible clerks is nearly double the number of mail handlers who will receive payment. President Mark Dimondstein and Clerk Craft Director Clint Burelson released a memorandum to national, state, and local officers.

Updates will be provided as the process progresses.

One thought on “APWU: Update on RI-399 Monetary Settlement Distribution”