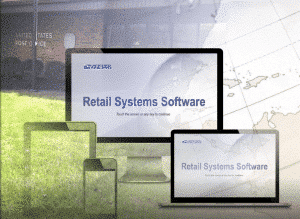 In an award issued December 8, 2017, Das found that the “End of Day” button – a function the Postal Service added into the Retail System Software (RSS) point-of-sale system allowing postmasters to enter and exit the system without fully closing out – did not satisfy the requirement in the Global Settlement Remedy Agreement that postmasters are allowed to perform bargaining unit work for only 15 hours per week, to be counted from the start to the “end of day.”

The Global Settlement Remedy Agreement requires the postmaster/supervisor to fully close out by conducting the four-step “End of Day” process. The four-step process includes, (1) an advance deposit, (2) a final remittance, (3) verifying supporting documentation, and (4) submitting a daily PS Form 1412 closeout. The USPS new “End of Day” button for postmasters, requires nothing more than a press of a button. The Postal Service button bypasses proper financial accounting and allows postmasters/supervisors to hit the button after every transaction and thereby improperly reduce their recorded time on the window.

“This is an important victory for the Clerk Craft and all APWU members,” said President Mark Dimondstein. “This is especially a significant decision for PTFs (Part-Time Flexibles) and other bargaining unit employees in smaller offices across the country. In management’s attempts to redefine ‘15-hours,’ clerks were not getting the hours that they should.”

For the remedy, Das stated, “The Postal Service is directed to cease use of the PMEOD button absent an agreement with the Union that permits its continued use. As soon as practicable, appropriate software changes are to be made to disable the PMEOD function.”

“The Postal Service’s actions at USPS headquarters in this case were highly unethical. I am glad that the arbitrator saw through the Postal Service’s superficial arguments and ruled accordingly,” said Clerk Division Director Clint Burelson. “Local and state organizations can utilize the hours improperly worked by postmasters and supervisors to assist in gaining additional hours for all employees (especially PTF employees in the Level 18 offices), creating duty assignments, and preventing excessing in the small offices.”

“Finally, much thanks to the locals who filed grievances on this issue.” Director Burelson added. “Their actions assisted their members as well as contributing to the national efforts for the good of all.”

Latest Win in a Series of Wins

The win is the latest big win in a series of big wins for the Clerk Craft and the APWU on national cases involving blatant and willful violations by the Postal Service. The other recent national cases decided in our favor are:

12/18/2016 – Arbitrator Stephen Goldberg ruled that the Postal Service violated the contract by failing to post jobs for the clerk craft in the Sales Retention Centers they created.

06/07/2017 – Arbitrator Stephen Goldberg ruled that the Postal Service violated the contract by failing to comply with the POStPlan award and fill jobs with bargaining unit employees.