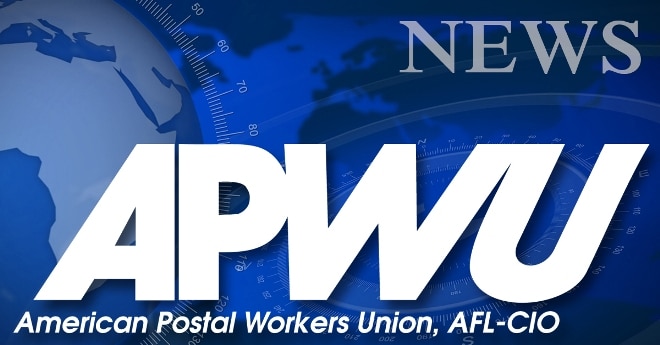 Web News Article #: 36-2017
04/24/2017 – Arbitrator Goldberg ruled that the Postal Service failed to make a good faith effort to return 362 administrative and technical jobs to the Clerk Craft. The arbitration award was issued on April 21, 2017 and settles a long-standing dispute over the Clerk Craft Jobs Memorandum of Understanding in the 2010 Collective Bargaining Agreement.

The memo called for the Postal Service to return 800 positions to the Clerk Craft. By July 2013, 438 positions were returned (319 Level 7 Address Management Systems Specialist positions and 119 Level 8 Mail Flow Controller positions), but afterward they failed to make any effort to return the rest.

The award directs the Postal Service to return the remaining jobs “as soon as reasonably possible,” with an emphasis on the need for prompt compliance. USPS management has not yet determined which positions will be returned and where the jobs will be located. The union will meet soon with the Postal Service to discuss the remedy further.

Goldberg also directed the Postal Service to make the adversely affected employees whole for any loss of pay or benefits because of the delay in providing these positions. Since after July 2013 there was no effort to return appropriate administrative and technical jobs, the make whole remedy will go back to August 2013.

Included in the remedy are Clerk Craft bargaining unit employees who would have filled the positions in August 2013 (not yet identified), as well as all the workers who would fill the vacancies left by the successful bidders. In the award, Goldberg described this “ripple effect:”

“There may be more than one employee indirectly affected in this fashion since each vacancy filled later than it should have been may lead to another – all the way down to a PSE whose conversion to career status is delayed by the original violation.”

“This award provides a significant step forward in providing a remedy that captures the harm to all the employees who would have moved up to preferred or higher level jobs when the Postal Service fails to post duty assignments for bid,” said Clerk Division Director Clint Burelson.

“I want to applaud the Clerk Craft team, with Assistant Director (B) Clerk Division Lynn Pallas Barber as case officer, for their excellent advocacy,” said President Mark Dimondstein. “When an employer stubbornly refuses to comply with agreements, we have to persevere. This shows what worker solidarity can accomplish and is another great example of why APWU members are proud to be union.”