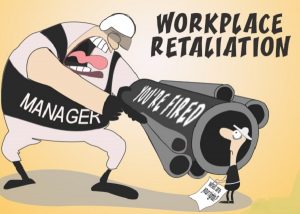 On Feb. 26, 2018, OSHA issued a one-item, other-than-serious citation to USPS alleging it issued a seven-day working suspension to a carrier because he reported a work-related injury on Aug. 16, 2017, which allegedly violated the anti-discrimination provisions of the Occupational Safety and Health Act, according to the court’s order in Secretary of Labor vs. U.S. Postal Service. The citation proposed a penalty of $5,543 and required abatement by March 9, 2018, but the USPS contested the citation and invoked the review commission’s jurisdiction.

The USPS denied the allegations of the citation and invoked a number of affirmative defenses, including that the alleged standard and/or penalties were invalid as ultra vires, meaning beyond the legal power or authority of OSHA, and that the alleged standard and/or penalties lacked a rational basis and/or were arbitrary and capricious, according to review commission documents released on Thursday. The Secretary of Labor a filed a motion for partial summary judgment dated Sept. 14, 2018, seeking judgment as a matter of law on those two affirmative defenses – granting the motion would strike the affirmative defenses.

OSHA’s electronic record-keeping rule, formally known as the Improve Tracking of Workplace Injuries and Illnesses, originally required employers to electronically submit several forms with injury and illness data to the agency although a rule finalized in January limited such required submissions to summary forms. But the electronic record-keeping rule featured many controversial anti-retaliation provisions – some of which have led to litigation against the rule – because employees already had the ability to file retaliation complaints under Section 11(c) of the OSH Act and employer representatives were troubled by its establishment of a new, citation-based pathway for employee complaints.

The law judge first considered whether Congress intended for the procedure prescribed by Section 11(c), which prohibits employers from retaliating against employees for exercising OSH Act rights such as filing a safety or health complaint with OSHA, to be the exclusive means to redress retaliatory acts that both violate an employee’s 11(c) rights and undermine OSHA’s duty to collect accurate injury and illness data, according to review commission documents.

“The text of section 11(c) contains no limiting language of any kind,” the law judge stated, noting that the text does not speak directly to the issue of whether OSHA must rely on the section 11(c) procedure to vindicate and advance statutory interests other than the interest of employees to be protected from retaliation for engaging in protected activities. “Put another way, nothing in section 11(c) speaks to whether OSHA may exercise its authority to promulgate regulations that promote accurate recordkeeping where anti-retaliation and recordkeeping goals overlap.”

The law judge also considered whether the agency acted arbitrarily and capriciously in promulgating a regulation that proscribes certain conduct such as employer retaliation against an employee for having reported a work-related injury or illness that is already proscribed by section 11(c).

“Enforcement of the anti-retaliation regulation is not rendered arbitrary and capricious simply because there could be parallel section 11(c) and section 9(a) proceedings involving the same alleged retaliatory act,” the law judge stated in rejecting that defense.

Section 9(a) of the OSH Act directs the secretary to enforce “any regulations prescribed pursuant to this Act” by conducting inspections or investigations and issuing citations for perceived violations.

The Postal Service does not comment on litigation, including decisions that arise out of litigation, according to a spokesman.