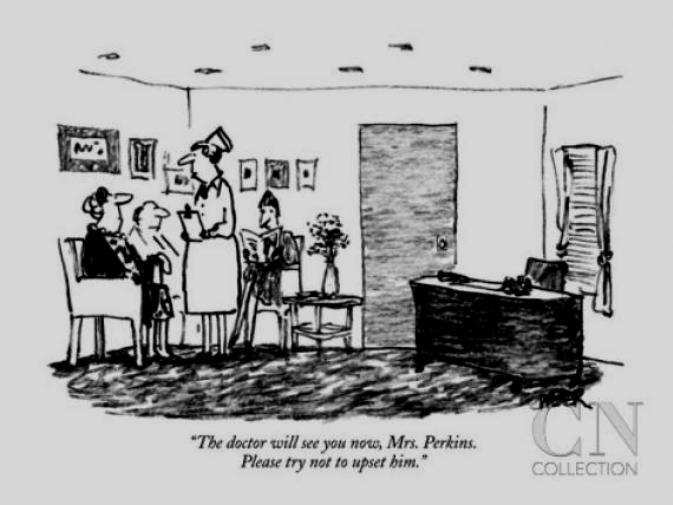 March 27, 2015
The Postal Service has replaced the Voice of the Employee (VOE) survey with a new one called Postal Pulse. The survey is being administered by Gallup from March 16 to April 3….

The APWU, which didn’t like the VOE, has criticized the Pulse and encouraged its members not to complete the survey. The union believes that these surveys can be used against workers during contract negotiations.

As an APWU article about the Pulse notes, management first cited employee survey data during bargaining in the 1990s, and the APWU National Executive Board adopted a resolution opposing such surveys.

APWU Vice President Debby Szeredy tells members,  “Remember, management cannot force you to complete the survey.  It’s addressed to you.  I suggest you throw it away and/or notify your steward.” 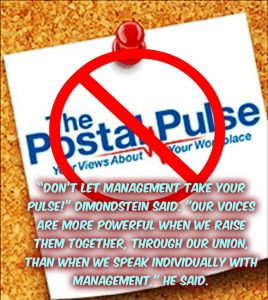 AWPU President Mark Dimondstein was disturbed about the fact that management told employees about the new survey on February 19, the opening day of contract talks. He called the timing “insidious.”

The APWU has filed an Unfair Labor Practice charge with the National Labor Relations Board protesting management’s claim in this USPS announcement that the APWU, along with other unions and management associations, supports the goals of the program.

Despite all the controversy, the questions in the Postal Pulse seem fairly innocuous.  They’re mostly about how employees feel about whether their contributions are valued by others and whether they’re getting the kind of support they need.  It’s not obvious how the answers to such questions might be used against unions in contract negotiations.  But the APWU probably believes that there’s no reason to provide management with anything it could use as leverage.

As one compares the VOE survey with Postal Pulse, it’s not hard to see why the APWU would be suspicious.  The changes in the survey don’t reflect very well on management’s intentions. 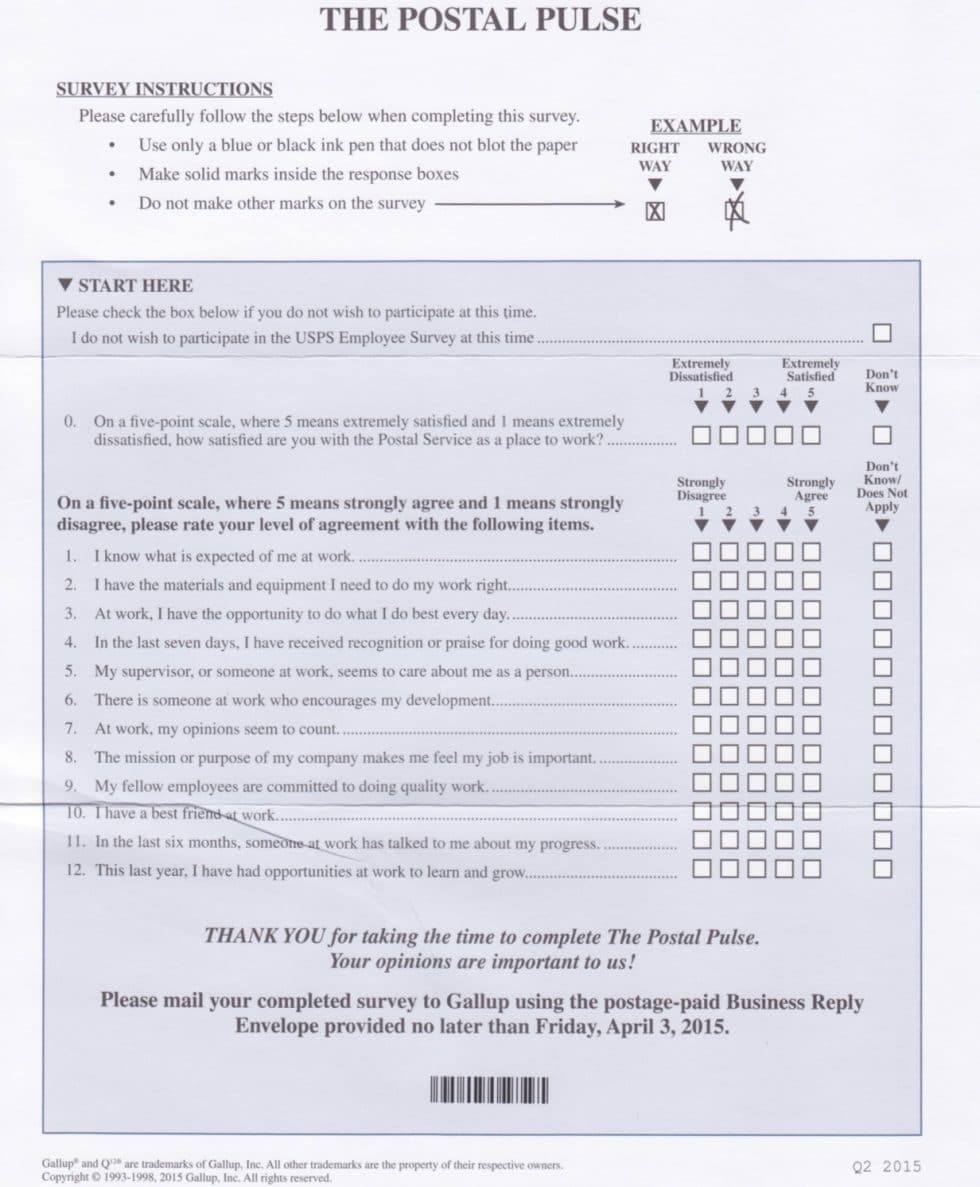 Destroy it and throw it in the trash.

Read entire article here:  The doctor will see you now: The Postal Service takes the pulse of employees | Save the Post Office.