The MVS Craft initiated the dispute in response to the USPS April 26, 2013, notice to the APWU that management was “considering subcontracting the highway movement of mail in approximately 162 Postal Vehicle Service (PVS) sites nationwide.” The notice came on the heels of the Postal Service’s attempt to contract out the entire PVS operation in the state of California.

The union filed a national-level dispute, charging that it was improper for the USPS to even consider such an action because management had failed to comply with provisions of the 2010-2015 Collective Bargaining Agreement, including the MVS Jobs Memorandum of Understanding (MOU), and the MOU on Contracting or Insourcing of Contracted Services.

The USPS denied the union’s requests for information and ignored our correspondence.

The case was heard before Arbitrator Goldberg over four days in October 2014; the award was issued March 25, 2015. 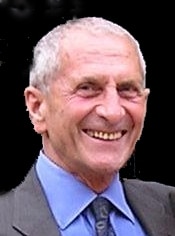 Reacting to the award, MVS Director Michael O. Foster said, “While this was a significant decision, I can’t even imagine what the USPS will do next to impact the lives of PVS drivers. Present Postal management has greatly undervalued the contributions of MVS operators to the mission of the USPS, and the revenue of the mail we transport.

“Motor Vehicle Operators have been under constant attack, with threats of conversion to private contractors since 2001. With this award, the union will continue to extol the benefits of PVS and demand transparency regarding the cost of subcontracting driving duties and vehicle maintenance work.”

President Mark Dimondstein praised the ruling. “I congratulate Motor Vehicle Craft Director Michael Foster, Assistant Director Javier Pineres and all those who were involved in the case for this outstanding success,” he said. “The union will remain vigilant in the fight against subcontracting and the struggle to protect living-wage, union jobs.”