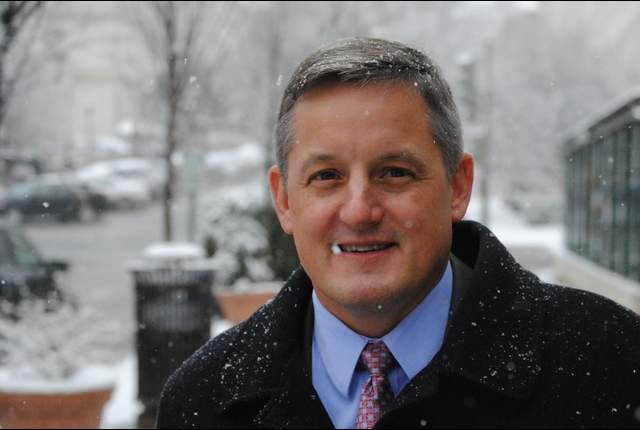 By Peter Urban – March 5, 2015
WASHINGTON — As a freshman member of Congress, U.S. Rep. Bruce Westerman has gone largely unnoticed by the unions that represent federal employees, but that is about to change.

Westerman, R-Hot Springs, is introducing legislation that would cut back on pension benefits for retirees starting in 2017. A reform, he says, is needed to curb the out-of-control growth in federal spending that has led to record debt.

“This is just a way to find some savings in the budget in an effort to balance the budget over a 10-year period,” Westerman said in an interview this week. “To me, it is one of the least intrusive things we could do.”

In 2013, the federal government paid $75 billion in civilian pension benefits.

Westerman’s proposal would save about $3.1 billion over a decade by changing the way benefits are calculated, according to the Congressional Budget Office. Currently, benefits are based on years of service and pay. The “pay” is calculated based on the employee’s best three-year average salary. Westerman would expand that to a five-year average. The best-five years — rather than the best-three years — would likely lower the benefit for most retirees. The bill would apply only to civilian federal employees — not the military.

The proposal is not a new idea. In 2010, House Republicans had included it on a “You Cut” website for citizens to weigh in on budget matters. That July, it was ranked as the second most popular reduction. At the time, CBO estimated it would reduce benefits for retirees in the Civil Service Retirement System an average $7,148 over five years and $2,322 for those in the Future Federal Employees Retirement System.

Federal employees have had their pay frozen for the past three years, and newer hires are contributing more toward their retirement under changes enacted in 2012 and 2013. Those changes, along with other reforms, have cost federal workers about $159 billion, according to the American Federation of Government Employees, which represents 670,000 workers.