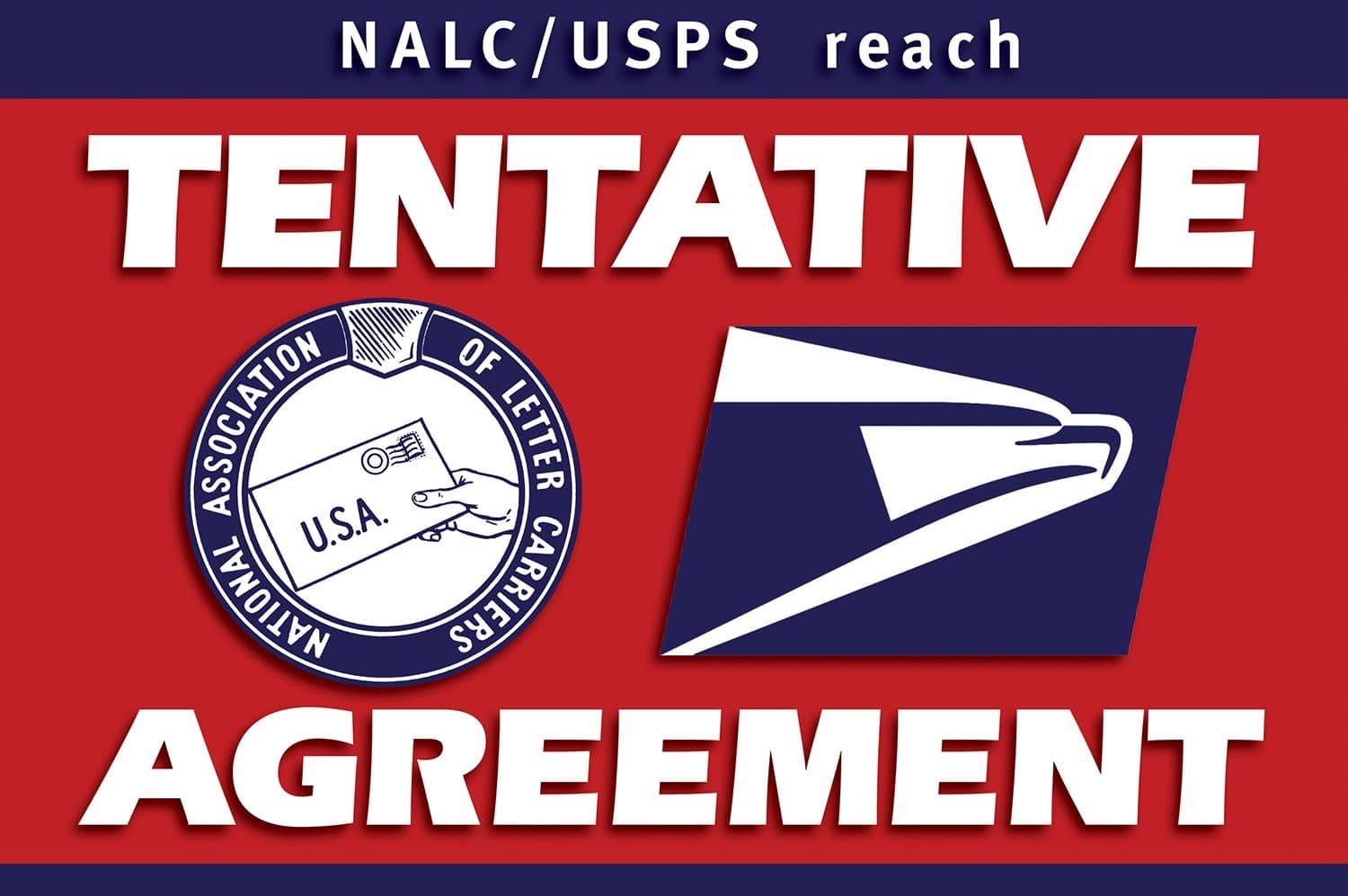 “Today I am pleased to announce that NALC and the U.S. Postal Service have reached a tentative agreement on a new national contract, a goal we have been working toward continuously for the last 17 months. As I have repeatedly reported many times, NALC followed a dual-track approach to achieve a new National Agreement with ongoing negotiations and the presentation of the best-possible case for our proposals in interest arbitration. I am proud of the case and the evidence we amassed in the interest arbitration proceeding, but I am even more pleased that letter carriers will now get to decide whether or not to accept this tentative agreement in a ratification vote, following the procedure outlined in the NALC Constitution.

I’d like to thank all of the ofﬁcers and staff who worked so hard to reach this proposed National Agreement. We will proceed to a ratification election. However, in view of the ongoing pandemic, we will have to handle the election a little differently than in the past. In the days and weeks ahead, we will organize a virtual national rap session (via video link) and develop mechanisms for a ballot committee to conduct the ratification vote in the safest manner possible. We will use all of our communication channels in the days and weeks ahead to inform the membership as we work out the details. In the meantime, the interest arbitration proceeding has been suspended pending the results of the membership ratification vote.

The 2019 National Agreement will last 44 months, covering the period from September 20, 2019, to May 20, 2023. The agreement provides four annual general wage increases and seven cost-of-living adjustments (COLAs). In addition, effective Nov. 19, 2022, a new top step (Step P) will be added to the career letter carrier pay scales, which will be $444 annually greater than Step O. The agreement also provides for the automatic conversion of city carrier assistants (CCAs) to career status no later than after 24 months of relative standing, providing full fringe benefits and peace of mind to non-career carriers. It also maintains existing protections against subcontract­ing and layoffs.

We have summarized the major features of the contract in the NALC Bulletin which will be sent to stations and offices throughout the country. Full details about the tentative agreement, along with projected pay charts, other contractual changes, and information about new and amended memorandums of under­standing (MOUs), will be presented in the December issue of The Postal Record. They will also be distributed through the union’s electronic platforms in the days to come.