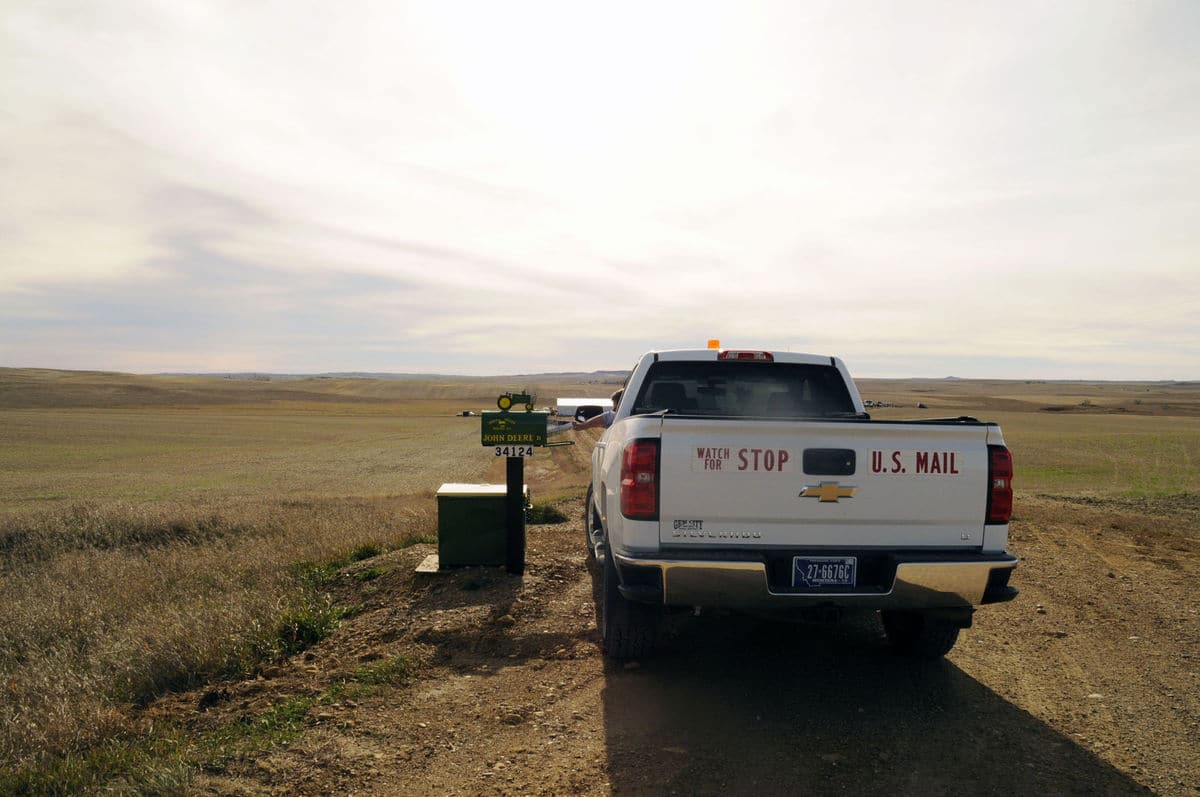 Fairview rural mail carrier Robin Trudell makes a stop along her 82-mile route that takes her along country roads outside town in November 2015. (Photo by Holly Michels, Gazette Staff)

By Tom Lutey – April 16, 2017
Rosebud School students know the shortest distance between two points is a straight line, which is why the U.S. Postal Service’s mail route to this tiny Eastern Montana town is a head-scratcher.

”The mail goes by us like two times before it gets here,” said Lori Reierson, who works in the school’s main office.

Letters from the sorting center in Billings are trucked past Rosebud to Miles City, then trucked by again from Miles City to Forsyth, before making it to the school.

The mail has taken this spaghetti noodle route since 2011, when the debt-ridden U.S. Postal Service began cutting sorting centers and limiting local post office hours to four on weekdays and none on Saturdays.

Observers say improvements aren’t on a fast track with President Donald Trump. Postal service reform hasn’t been a priority. Congressional leaders are forecasting postal reform in the next two years. 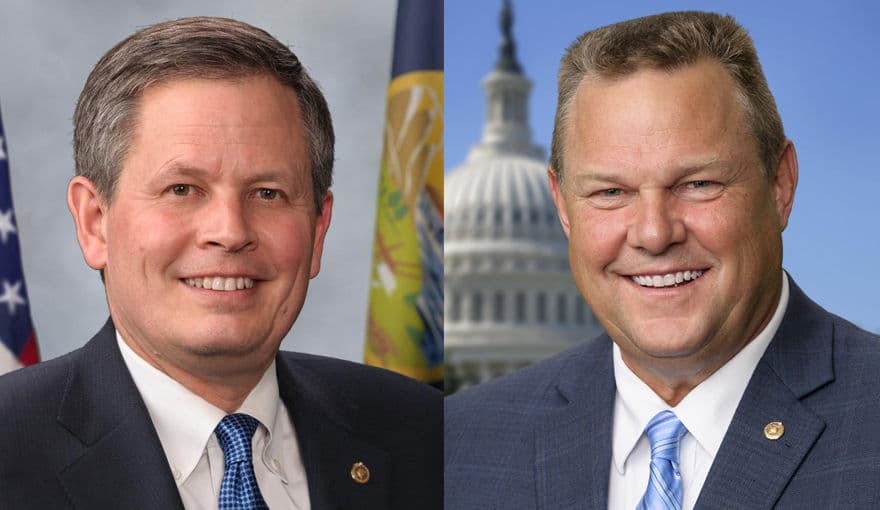 “I just recently penned a letter to Daines’s office as an invitation for the National Newspaper Association to visit with him about how bad delivery service is for newspapers, especially community newspapers,” Rickman said. “So many local newspapers have had to basically work around this at a much higher expense.”

Local first-class mail has a gone from two-day delivery to three-day. That schedule doesn’t include Sundays and holidays. Mail that straddles those dates can take four days for delivery.

Second-class postage takes longer. Rickman said postal facilities along the processing route can sit on mail for up to three days if necessary. Multiple delays can keep a subscriber out of state from receiving a community newspaper for 14 days.

More / Source: ‘Mail goes by us like 2 times before it gets here’: Rural Montana waits for Postal Service reform

One thought on “‘Mail goes by us like 2 times before it gets here’: Rural Montana waits for Postal Reform”