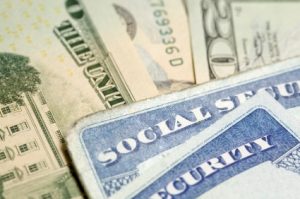 Rep. Tom Price (R-GA), the new House Budget Committee chairman, hinted to the Heritage Foundation on Monday that he has big plans for Social Security “reform” in the next two years, according to the Atlanta Journal-Constitution and the Talking Points Memo blog. Price mentioned means-testing and increasing the eligibility age as possibilities. He also suggested that privatizing Social Security is a possibility (http://tinyurl.com/n67l7nf, http://tinyurl.com/mqx6ovp).

“With Chairman Price’s comments this week, and Senate Majority Leader Mitch McConnell hinting at a Grand Bargain last week, there definitely seems to be a House-Senate consensus and a plan to cut Social Security,” said Richard Fiesta, Executive Director of the Alliance.

Talking Points Memo also posted on Wednesday that “The 80-Year Conservative War on Social Security Is Back for More,” noting that conservatives have virulently opposed Social Security since its inception (http://tinyurl.com/jw3r7zs). The post went back to the New Deal Era creation until 1955, when conservatives called for the complete dissolution of Social Security or for its replacement with much less substantive programs. As concerns about solvency grew in the 1980’s, President Reagan signed a bill that slowly increased the retirement age while also boosting payroll tax rates, opening the door for later failed privatization efforts by President George W. Bush. The conclusion: with a Republican majority now in Congress, it is entirely possible that Social Security could face further attacks.

On Monday, several Democratic Senators sent a letter to McConnell (R-KY), pressing him to repudiate a rules change by House Republicans that could cut Social Security disability payments by 20%. Last week, the House included language in their new rules for the 114th Congress, making it more difficult to allocate payroll tax revenues to replenish the Social Security Disability Trust Fund, which is due to run out of money in 2016. The Hill reported on the Democrats’ letter, which warns that nearly 11 million Americans could see their Social Security benefits cut if Congress does not take action in the next two years. Senate Democratic Whip Dick Durbin (IL), Democratic Policy Committee Chairman Chuck Schumer (NY) and Finance Committee ranking Democrat Ron Wyden (OR) signed the letter, as did Sens. Patty Murray (D-WA), Sherrod Brown (D-OH), Debbie Stabenow (D-MI), and Bernie Sanders (I-VT).

“We are deeply concerned that the rule change in the House will impact millions of Social Security beneficiaries,” the Senators wrote. “House Republicans acted according to their extreme ideology and put these benefits at risk by adopting a legislative rule change that creates a point of order against simple bipartisan technical corrections.” More at http://tinyurl.com/nf9wazr.

In preparation for the 2015 White House Conference on Aging, the White House is hosting several forums across the country. Each will allow planning officials to hear directly from the public on issues such as ensuring retirement security, promoting healthy aging, providing long-term services and support, and protecting older Americans from financial exploitation, abuse, and neglect. They will also help planners to reach older Americans and their caregivers, advocates and others stakeholders where they live. The first of these will be held in Tampa, Florida on February 19th. Subsequent forums will be held in Phoenix, Arizona on March 31st; Seattle, Washington on April 9th; Cleveland, Ohio on April 27th; and Boston, Massachusetts on May 28th. More at http://tinyurl.com/l7uycs3.

On Wednesday, Sen. Rand Paul (R-KY) accused a large subset of Americans of being able to “game the system” to receive Social Security Disability benefits. Senator Paul then joked that “half the people on disability are either anxious or their back hurts.” These comments have generated substantial criticism from labor and disability advocates, with some also noting that Senator Paul is a likely contender in the 2016 Presidential Election and has reportedly been visiting New Hampshire and other early primary states.

“Senator Paul should not trivialize the challenges faced by of millions of people,” said Ruben Burks, Secretary-Treasurer of the Alliance. “The kind of fraud he is talking about is very rare and distracts from real concerns over the well-being of the disabled.” More at http://tinyurl.com/l2h67sl.

Rep. Chris Van Hollen (D-MD), announced on Monday a series of proposals that will create “the kind of economy where the pie is growing and everyone is getting a better slice.” These proposals include increased support for companies that raise wages and incentives for individuals who save for retirement. The programs, according to Van Hollen, would be funded by a tax on Wall Street – a tiny fraction of a percentage on trades in stocks, equities and derivatives. These proposals come on the heels of significant midterm losses for Congressional Democrats and signify a more progressive turn for the caucus.

“Rep. Van Hollen is showing a commitment to addressing income inequality head-on,” said Barbara J. Easterling, President of the Alliance. “His plan goes hand-in-hand with the AFL-CIO’s campaign to raise wages.” More from thinkprogress.org at http://tinyurl.com/n9pu753.