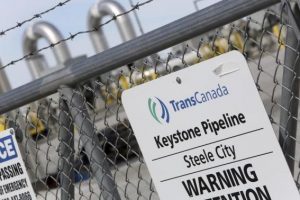 By Susan Ferrechio  – January 17, 2015
Senate Democrats want to use the Keystone Pipeline bill as a vehicle to impose a two-year moratorium on U.S. Postal Service cuts.

Sen. Bernie Sanders, I-Vt., introduced legislation Friday to stop the postal service from planned cuts that are aimed at closing a budget deficit.

It will be up to Senate Majority Leader Mitch McConnell, R-Ky., to decide whether to allow a vote on the measure when lawmakers resume debate on the Keystone bill next week.

Sanders said without congressional action, the postal service will close 82 mail sorting facilities and eliminate up to 15,000 postal jobs in 37 states. 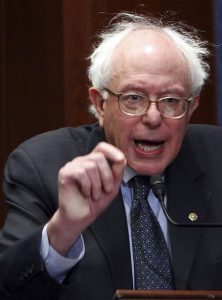 Sanders said postal service revenue is increasing thanks to a demand for online shopping package deliveries. Sanders blamed the agency’s deficit on a pension health fund payment the postal service is required to make.

“At a time when Postal Service revenue is increasing, it makes no sense to eliminate thousands of jobs and slow down the mail service that millions of Americans rely on,” Sanders said. “We should be working to strengthen the Postal Service,” he added, “not send it into a death spiral.”

Postal service officials want to make the cuts in order to adjust to a decrease in general mail deliveries and to pay for upgrading equipment.

Congress has attempted but failed to pass postal reform legislation. Proposals to curb spending and reduce services, including Saturday delivery, divides lawmakers in both parties, although the GOP has been generally more accepting of the cuts.