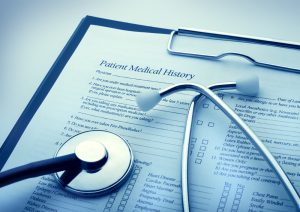 By Katharine Parker – January 15, 2015
Employers have been scrambling to keep up with the multitude of paid sick leave laws that were passed in the last several years. These laws vary by jurisdiction and often can’t be easily reconciled into a uniform policy — an issue for multi-state employers. As reported in today’s New York Times, President Obama is asking Congress to pass the Healthy Families Act, under which employees could earn one hour of paid sick time for every 30 hours they work up to seven days or 56 hours of paid sick leave annually. As proposed, the bill would apply to employers with 15 or more employees. The bill is similar to another bill, the Paid Sick Leave Act, introduced to the House in December 2014. Under both laws, employees would be able to use paid sick time not only for their own illness, but also to care for a family member with an illness, to obtain preventive care or to deal with domestic violence. Employers would be prohibited from interfering with or retaliating against employees who utilize the leave and from discharging employees who utilize the leave. The law, if passed, would be enforced by the Department of Labor Wage & Hour Division. Other features of the bill include:

A major problem with the proposed law from an employer standpoint is that it would not supersede or preempt the multitude of state and local laws with more generous paid sick leave laws.  Its passage would thus result in even more complex sick leave policies, as employers will need to sift through the differences between and among state and local laws and the federal law to ensure that employees are receiving the benefit of the most generous law.  Some local laws provide for a higher amount of possible leave.  For example, San Francisco’s sick leave law provides for accrual of up to 9 days of paid sick leave.  Other laws have different rules regarding reinstatement of unused accrued leave.  For example, under New York City’s sick leave law, employers must reinstate accrued unused sick leave if they rehire an employee within six months, unless the employer paid out the accrued unused leave upon termination of employment.

The proposed law’s one-size-fits-all approach is also problematic.  Under the proposed law, there is no pro-rating for part-time employees, leading to the absurd result that a part-time employee could receive more protected leave days than a regular full-time employee.  Similarly, there is no undue hardship provision that would allow an employer to deny sick leave or fire a covered temporary, occasional or seasonal employee who is unavailable for work.  This could lead to an employer having to pay two employees for one limited-term job (or part of one job).  The problems with the federal law as proposed also exist with most of the newly enacted state and local sick leave laws. 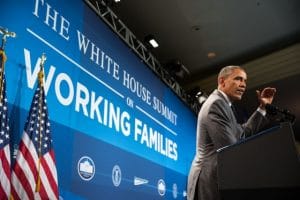 The President also intends to ask Congress for more than $2 billion in new spending to encourage states to create paid family and medical leave programs like those in Connecticut, California and Rhode Island.  In these states, employees can receive partial wage replacement during otherwise unpaid leaves of absence, such as those taken under the Family and Medical Leave Act (FMLA).  These programs, unlike the paid sick leave laws, are easier for employers to administer because the pay is funded through a payroll tax or deduction similar to state laws that provide for paid short-term disability benefits, and the benefit is not paid directly by the employer.  Rather, the employer simply provides the unpaid statutory leave, such as FMLA leave, and the employee applies independently for the paid benefit.

It is unlikely Congress will pass the Healthy Families Act.  However, the greater national focus on the issue of paid leave will likely incent more states and cities to enact their own paid sick leave laws, further complicating leave administration for employers.

via No End In Sight For Wave of Paid Family and Sick Leave Laws | Proskauer – Law and the Workplace – JDSupra.