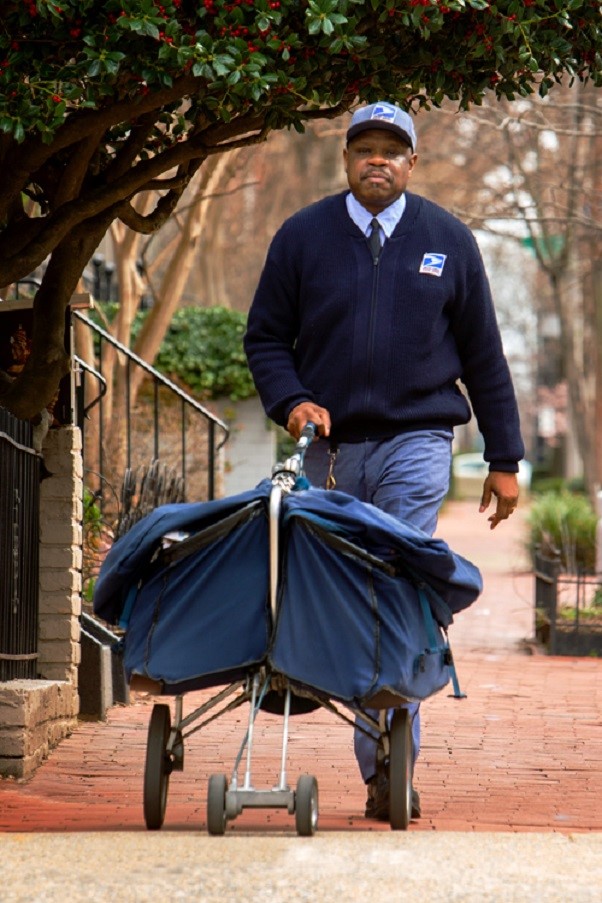 Michael Wilson, a Washington, DC, letter carrier, is one of more than 644,000 employees who will help USPS accept, process and deliver this year’s Census Bureau mailing.

The Postal Service will handle one of the largest mailings in its history when it delivers 590 million mailpieces from the Census Bureau, beginning in March.

The pieces will include questionnaires, letters and postcards regarding the 2020 census, the constitutionally mandated survey that seeks to count every resident of the United States.

USPS will deliver the letters in five mailings during a six-week period, beginning March 12. Some households will receive more than one piece.

This will be the single largest First-Class Mail mailing within a 90-day period in USPS history.

“The Postal Service’s nationwide workforce and ability to deliver to every address makes us uniquely suited to help the Census Bureau measure the number of residents in the United States,” said Chief Operating Officer David E. Williams.

The census, which occurs once every decade, is used to determine the number of seats each state has in the U.S. House of Representatives. It also aids in deciding how federal money is distributed to local communities.

This year, the Postal Service and the Census Bureau are working together to use Informed Delivery to boost survey response rates.

Residents who use Informed Delivery will be able to see images of their questionnaire envelopes before they arrive in the mail. These customers will have the option to click on the image to complete the questionnaire online.

In addition to counting the Census Bureau as an important customer, the Postal Service has benefited from census data itself.

The results of the first national head count in 1790 helped the United States determine where to establish Post Offices and the best way to transport mail to them. Today, USPS continues to use census data to ensure it is meeting the needs of its customers.

The Postal Service’s previous largest First-Class Mail mailing was for the 2010 census. 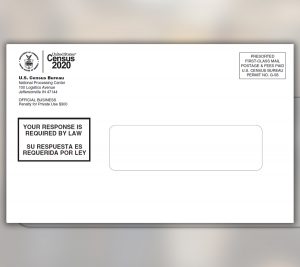 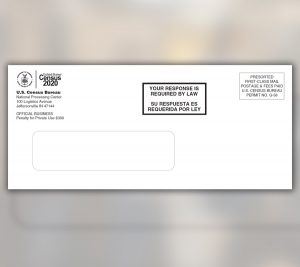 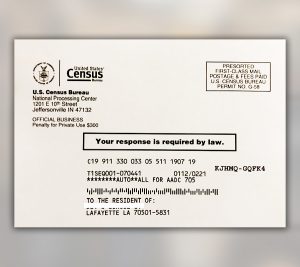 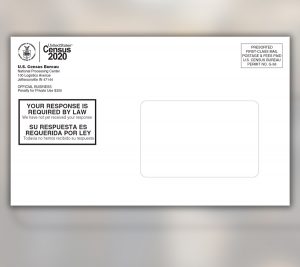 The six-week mailing will also include this style of envelope. 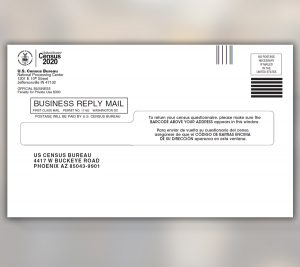 A Business Reply Mail envelope will also be part of the Census Bureau mailing.