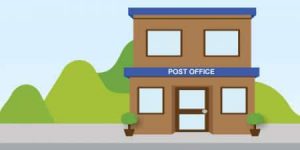 In May of 2012, the Postal Service announced a new strategy — the Post Office Structure Plan (POStPlan) — which aligns retail window hours with customer use. Under the Plan, some offices will be open less than they have been while others will be open longer than previously. Access to Post Office boxes won’t change, nor will towns’ ZIP Codes and community identities. The Postal Service expects to save approximately $516 million annually in labor costs through the POStPLan.

Under the plan a Post Office might be closed if customer traffic is extremely limited. If this were to happen, the Postal Service would provide mail delivery service to residents and businesses via a rural carrier or highway contract route, a Village Post Office, or a nearby Post Office. Regardless, the Postal Service will not close offices unless a community expresses a strong preference for doing so.

We would like your input on the projected cost savings the Postal Service expects with the POStPlan.

Do you think reducing the window hours at selected post offices will generate the savings the POStPlan proposed now that it is fully implemented?

via Do you think reducing the window hours at selected post offices will generate the savings the POStPlan proposed now that it is fully implemented? | Office of Inspector General.