USPS asks to expand test of grocery delivery: Some CCAs about to get even busier – 21st Century Postal Worker 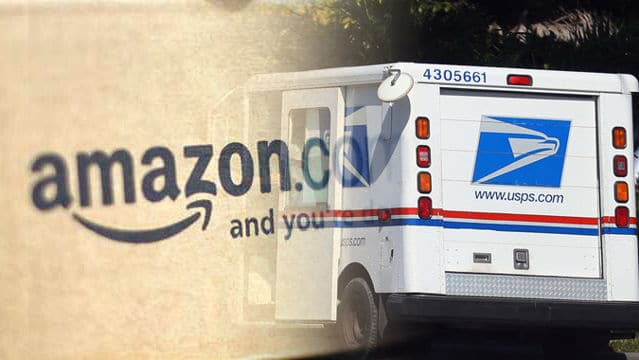 July 9, 2016
The U.S. Postal Service wants to expand and extend its test of same-day grocery deliveries but isn’t ready yet to take the venture nationwide.

The agency asked the Postal Regulatory Commission on Friday to extend the two-year test for another year, to October 31, 2017, and for permission to enter new markets. The venture serves select ZIP codes in the New York, Los Angeles, San Diego, Sacramento, Stamford (CT), and Las Vegas areas — mostly in partnership with Amazon’s “AmazonFresh” service.

“The Postal Service has determined that it will be necessary to continue the market test in a variety of metropolitan areas over the next year, in order for the Postal Service to make a final determination on the operational feasibility and the desirability of making Customized Delivery a permanent product,” the filing said.

The USPS didn’t state which new markets it would enter. The test is currently limited to annual revenues of less than $10 million, a restriction the USPS previously asked the PRC to waive. Actual profit and volumes from the program are not available to the public because of competitive issues. 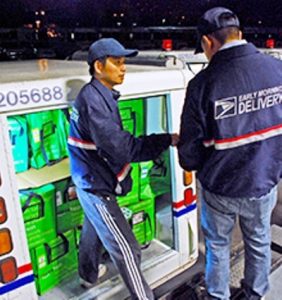 The initial model involved non-career City Carriers Assistants delivering totes with groceries and other packaged goods to residences between 3 a.m. and 7 a.m. But postal officials have indicated they want to test additional delivery windows, as well as a variety of pricing structures.

The test is part of the Postal Service’s multi-pronged effort to grow its package-delivery business to make up for declining volumes of traditional mail. That brings us to today’s Publishing Word of the Day: Dead Tree Edition hereby renames the USPS the U.S. Parcel Service because of its single-minded focus on parcel delivery, to the detriment of traditional mail.