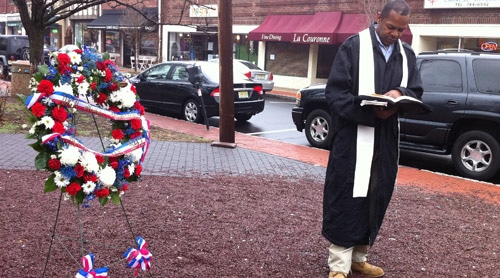 John Taylor, an employee of Montclair’s Glenridge Avenue Post Office and associate pastor of Lighthouse Temple Church in Newark, has spoken at the memorial all but a handful of times through the years, he told The Montclair Times. Taylor said that he anticipates speaking about the tragedy followed by the reading of scripture and prayers on Saturday. (2011 ceremony photo)

The annual memorial ceremony will be held this Saturday at 4:30 p.m. in Watchung Plaza Park.