By Labor Video Project – November 18, 2016
Supporters of NALC 214 chief steward Angela Bibb-Merritt rallied and spoke out at the SF federal building on November 16, 2016 against her suspension and the massive workplace bullying and union busting going on at the post office. Many stewards have been harassed and bullied by management. 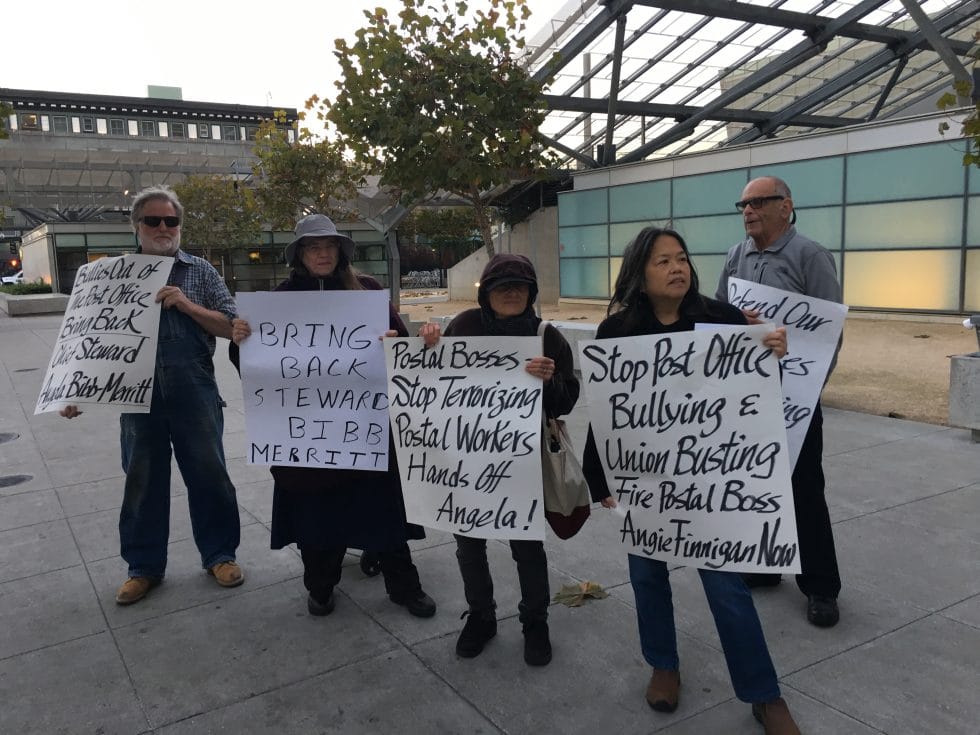 Supporters of San Francisco NALC 214 Chief Steward Angela Bibb-Merritt rallied and spoke out on Wednesday November 16, 2016 at the 7th St. San Francisco Federal Building against her suspension and workplace bullying that she faced on the job. The postal managers have been harassing and suspending NALC shop stewards who are defending the membership. Postal workers are also being forced to work 12 to 15 hours threatening their health and safety. The postal management are seeking to privatize and turn the post office into an Amazon non-union operation with slave labor conditions with massive speed-up and no rights on the job. Also musician and retired postal worker Jimmy Kelly sang songs about Angela and labor issues in at the post office and in workers lives.