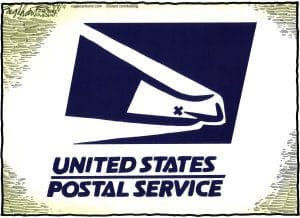 Drawing on Mr. Donahoe’s criticism of the mailing industry, postal unions and lawmakers, the editorial said interest groups’ “resistance to change” blocks postal reform. Thus, the editorial argued, the main obstacle to progress is political. That’s right, but not in the way the editorial meant.

Here’s something Mr. Donahoe said that wasn’t included. “I’m very pleased to say that our last fiscal year [2014] was our best of the past six years.” He noted the $1.4 billion operating profit and added, “We’ve also accumulated $6 billion in cash, which gives us some flexibility to make long overdue investments.” 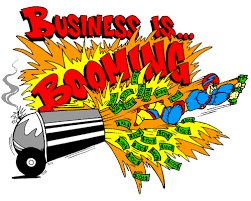 How did this occur at an agency the editorial called “financially distressed”? Short answer: Business is booming. An improving economy has boosted letter revenue, while package revenue is skyrocketing with online shopping.

Let’s turn to politics. In 2006, lawmakers mandated that the U.S. Postal Service do something no other public or private entity is required to do: pre-fund future retiree health benefits. That annual $5.6 billion charge is the red ink.

Politicians can fix this artificial financial crisis by addressing what Donahoe called, “My favorite example of an absurd mandate.”

The writer is executive vice president of the National Association of Letter Carriers.

via Not so distressed at the Postal Service – The Washington Post.