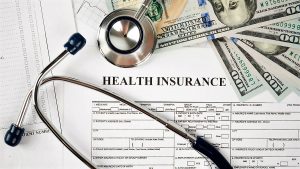 By Jennifer Rafael – May 25, 2021
Are rising health care costs a concern for you? A newly introduced postal reform bill could increase health care premiums for federal employees and retirees enrolled in Federal Employees Health Benefits (FEHB) plans. Visit NARFE’s Legislative Action Center and ask your lawmakers to withhold support for the legislation unless changes are adopted to ensure the FEHB program is not negatively affected.

The bill, the Postal Service Reform Act of 2021 (H.R. 3076 / S. 1720), would create a new Postal Service Health Benefits (PSHB) program, starting in January 2023, that would provide separate health plans for postal employees and retirees, parallel to current FEHB plans. For example, there would be a Blue Cross Blue Shield Standard plan for Feds and a separate one for postal employees and retirees. The bill requires coverage to be “actuarially equivalent,” so that each plan covers a similar amount of expected costs.

Retirees without Medicare tend to cost more to insure, as older individuals use more health care, on average. As such, this exception could increase the average cost of coverage for FEHB plans, which could then lead to an increase in FEHB premiums for all participants.

It is NARFE’s position that the creation of a new program should retain all postal employees and retirees, rather than singling out and excluding retirees without Medicare, a move that could set a dangerous precedent for the future of the FEHB program. NARFE is continuing to work with lawmakers to address these concerns prior to any further movement on this bill. If these concerns are not addressed adequately, NARFE would urge opposition to this or any other bill that undermines the earned health benefits of our nation’s current and former public servants.

This week, National President Ken Thomas sent a letter to the Senate Homeland Security and Governmental Affairs Committee outlining NARFE’s views and concerns that the bill could cause FEHB premium increases for both current and retired federal employees.

Contact your lawmakers and ask that they withhold support for the legislation until a full analysis of the bill’s impact on the FEHB program is assessed.