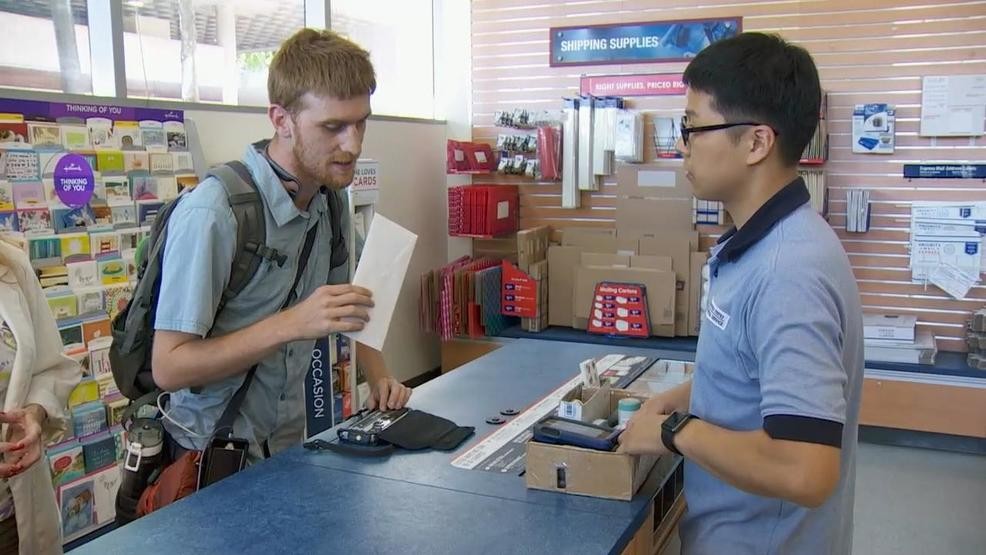 By Bob Heye – July 25, 2017
PORTLAND, Ore. — David Bouchard says his frustration with the Waterfront U.S. Post Office at the corner of Southwest 1st and Madison in downtown Portland started at the end of last summer.

“I came here last August to try to send a package off. I got turned away. The staff wouldn’t help me,” said Bouchard.

Bouchard is blind and unable to address a package or letter himself.

Bouchard says he was turned away several times by postal clerks who refused to help him address packages and envelopes.

Bouchard brought yet another letter, plus a group of supporters, to the Waterfront post office Tuesday hoping staff had finally gotten the message that they’re supposed to help people like him with disabilities.

That didn’t happen, at first.

“I have the address here, but if you could just help me out with writing it on here that would be great,” Bouchard told the clerk.

“I cannot do that,” the clerk replied.

“I think it feels kind of belittling,” said Trevor Attenberg, who is also blind and says he was also refused help last Friday at the same post office.

“To the contrary,” the letter continued, “it is the Postal Service’s policy to offer assistance to customers with disabilities if requested.”

“If that did happen at all,” said Attenberg, “it wasn’t inculcated or it wasn’t done sufficiently — wasn’t done widely enough — because you see what happened.”

The U.S. Postal Service issued an apology Tuesday to each of the blind customers who were refused service.

Postal officials said the refusal violates the federal Americans with Disabilities Act which requires businesses and government agencies to accommodate anyone with disabilities.

A supervisor eventually did come out and help David Bouchard write an address on his envelope.

“I’m happy that it’s over, at least with this post office now,” said Bouchard.

A USPS spokesman said Tuesday that each of the employees at the Waterfront post office will receive retraining on procedures for helping anyone with disabilities.