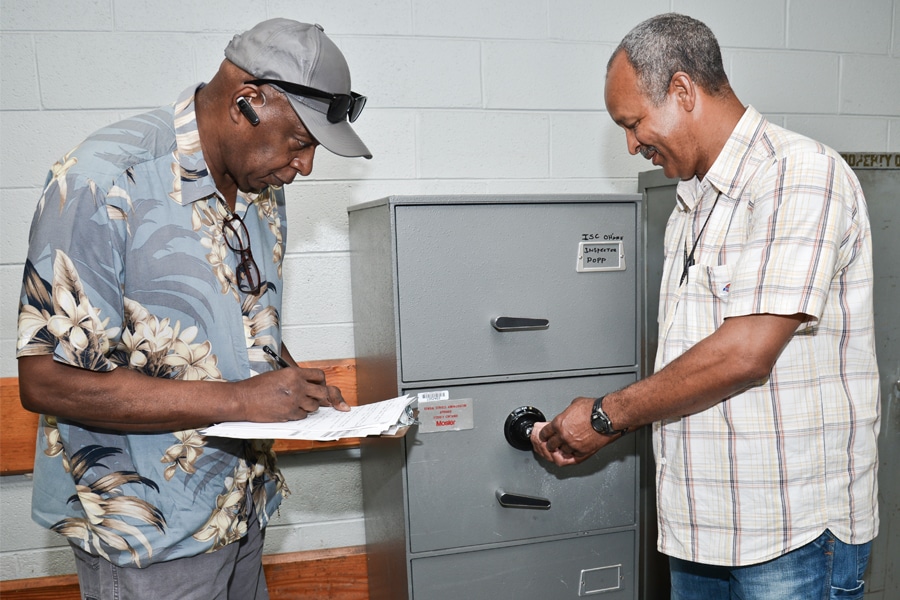 When Chicago’s summer heat is on but the air conditioning at a local USPS facility goes off, the call goes out to a unique group of employees.

The crew, known as the Outside Facility Building Equipment Mechanics squad, responds to a host of emergencies — including malfunctioning air conditioners, broken carts and burst drain pipes.

“Many times, I have to call them from one repair to a more urgent repair. Their days are long and tenuous,” said Darlene Jones, maintenance supervisor at the Chicago Processing and Distribution Center.

The Postal Service has similar crews in districts across the nation. In Chicago — where summers and winters are equally brutal — the squad’s white vans are an especially welcome sight during times of trouble.

Team members are proud to serve, according to Zechaeus Redmond, one of the building equipment mechanics.

“You give us a job and we will see it gets done,” he said.