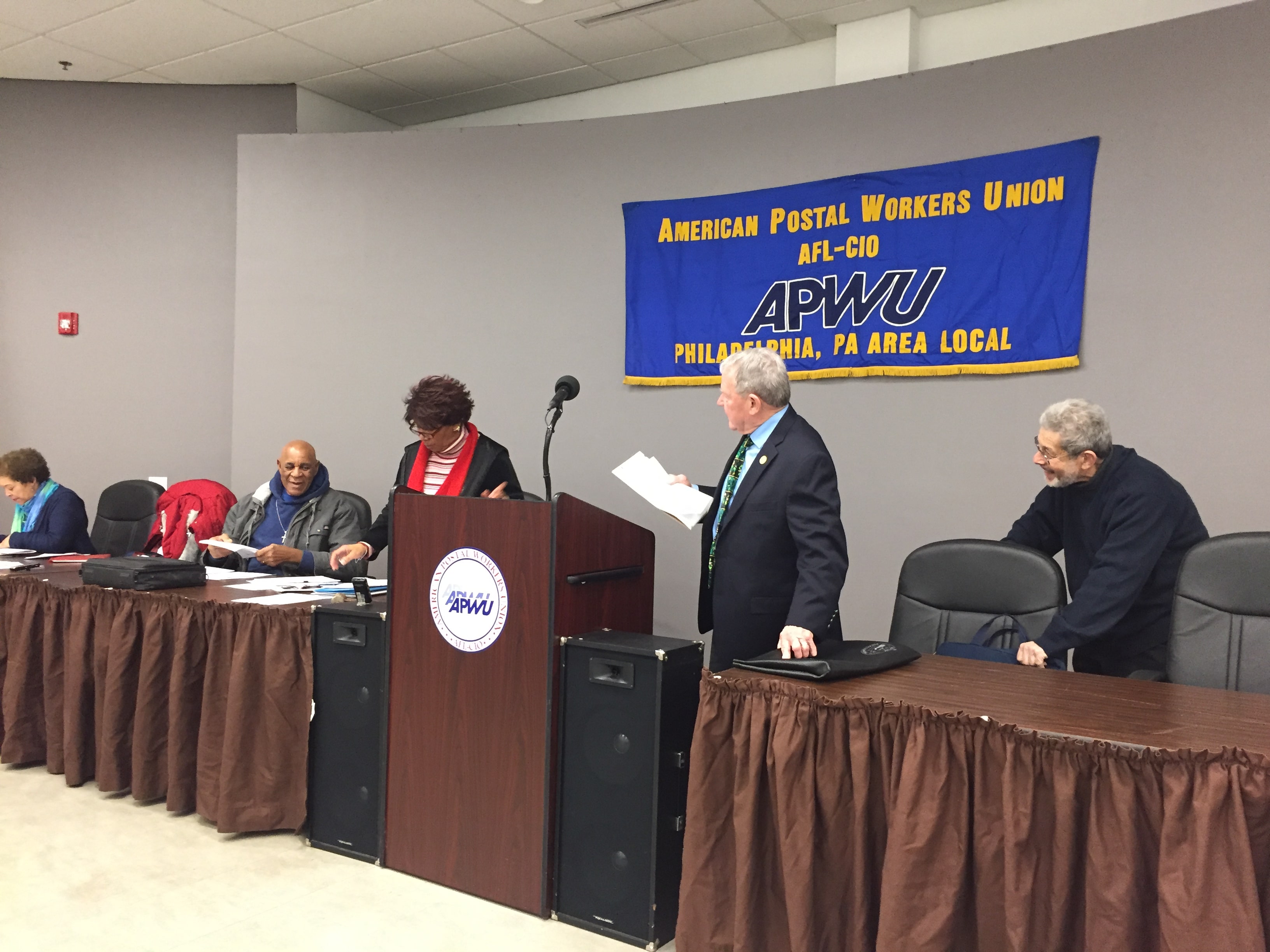 At our monthly APWU Philadelphia Retiree Chapter meeting on March 16, 2017, the Chapter President reported she was called almost immediately after 21cpw.com posted information related to our February Chapter meeting.

President Nesmith explained our concerns and said we had already voted unanimously to oppose HR 756 as was currently written. Director Beard said she would look into our concerns and call back. She called President Nesmith the next day and said if we don’t go along with the forced Medicare Integration we would lose our FEHB entirely and asked President Nesmith again to refrain from disseminating anything negative or in opposition to HR 756.  Director Beard indicated a Q&A would be made available to the APWU Membership soon, though she wasn’t sure when and estimated March or April.

How’s that for union democracy? As an APWU Retiree Chapter, we are an autonomous entity, especially to the point where we may express our views and advocate how we, as a body, feel with respect to protection of our rights and benefits. Yet Director Beard apparently sees it differently despite a unanimous vote by Chapter members to oppose HR 756.

Director Beard is also well aware our Chapter President is new and still learning the position and how procedures work, etc. Unfortunately, our Chapter President was under the assumption that she must abide by whatever HQ’s tells her and she never wrote the letter to National affirming our stance on HR 756 due to the pressure exerted on her by HQ.  We cleared all of this up at our chapter meeting yesterday and I believe our Chapter President will proceed accordingly from here on out. Chapter President Nesmith is evolving into a great Retiree Chapter leader and we are fortunate to have the benefit of her passion and dedication working on our behalf.

Director Beard clearly tried to control our retiree business.  As a past National Retiree Director she should know better.  We will remember this chicanery come the next national union elections. But make no mistake about it, this fact remains and will be upheld:

On Thursday, February 17th, the APWU Philadelphia Area Local Retiree Chapter voted unanimously to strongly oppose HR 756 unless and until it is restructured to remove ANY changes to Retiree Health Benefits / Federal Employee Health Benefits.