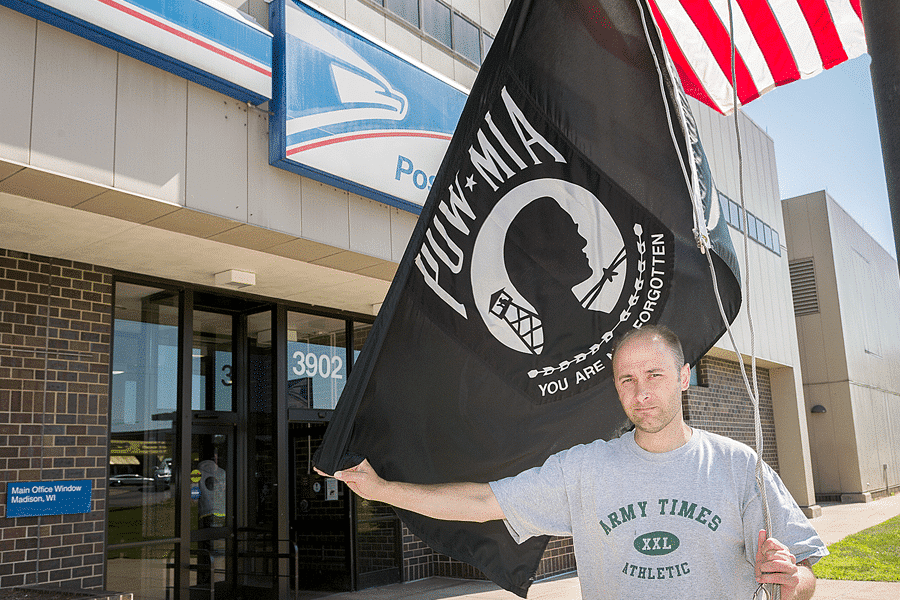 National POW-MIA Recognition Day, which honors those who were prisoners of war and those who are missing in action, is Friday, Sept. 21. Here are five things you may not know.

1. More than 82,000 Americans are missing in action. This figure covers personnel who fought in conflicts dating back to World War II. Approximately half are presumed lost at sea.

2. The Pentagon has an agency dedicated to POWs and MIAs. The Defense POW-MIA Accounting Agency, created in 2015, works to recover U.S. military personnel who are listed as prisoners of war or missing in action from all past wars.

3. The POW-MIA flag has no associated trademark or copyright. The flag shows a silhouette of a prisoner of war before a guard tower and barbed wire in white on a black field. The National League of POW-MIA Families, which created the flag, wanted the widest possible dissemination and use of the flag’s symbol to advocate for improved treatment of American POWs and answers on MIAs.

4. Besides the American flag, the POW-MIA flag is the only one allowed to fly above the White House. On each National POW-MIA Recognition Day since 1982, the flag has flown just below the stars and stripes at the White House — the only flag to ever do so. The flag also is displayed on Armed Forces Day, Memorial Day, Flag Day, Independence Day and Veterans Day.

5. POW-MIA bracelets made their first appearance in 1970. A now-defunct California student group made and sold bracelets with the names and information of those captured or gone missing during the Vietnam War. Those who wore the bracelets vowed to leave them on until the soldier named on the bracelet, or their remains, were returned home.