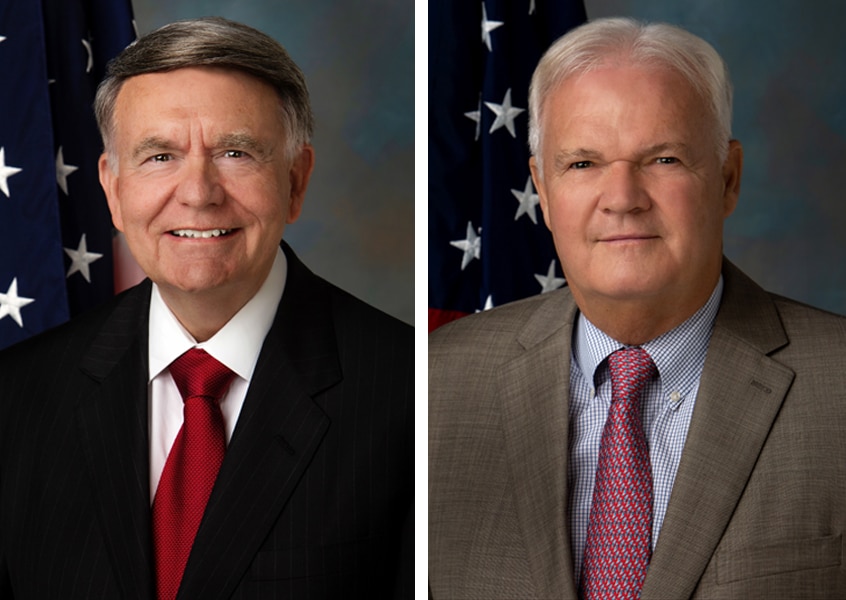 Robert M. Duncan, left, and David C. Williams are chairman and vice chairman, respectively, of the USPS Board of Governors.

Robert M. Duncan and David C. Williams have been elected chairman and vice chairman, respectively, of the USPS Board of Governors.

The elections occurred Sept. 13 during an open meeting of the board’s temporary emergency committee (TEC). Also, Williams was appointed chairman, and Duncan, vice chairman, of the TEC.

Both Duncan and Williams were recently confirmed as governors by the U.S. Senate following their nomination by President Trump.

The USPS Board of Governors acts much like a board of directors, conducting long-range planning and setting strategic policies, among other duties.

Without a legally required quorum, the board is conducting functions necessary for continuity of operations through the TEC, which the board created in 2014.