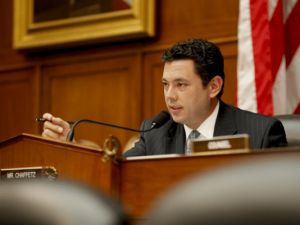 The Republican chairman of the House Oversight and Government Reform Committee thinks most federal employees are good workers – and they deserve a pay raise.

Rep. Jason Chaffetz, R-Utah, wouldn’t say whether he agrees with President Obama’s proposed 1.3 percent pay raise for 2016, but he did say federal employees should not lose ground as inflation erodes their salaries.

Chaffetz spoke at the National Treasury Employee Union’s annual legislative conference in Washington, D.C., Feb. 4, asking federal employees to help him root out bad apples and push for meaningful changes in their agencies.

“People that work in the federal government, I find they’re hard working, they care about their country, they are patriotic, they do a good job. But there are some people out there that don’t,” Chaffetz said.