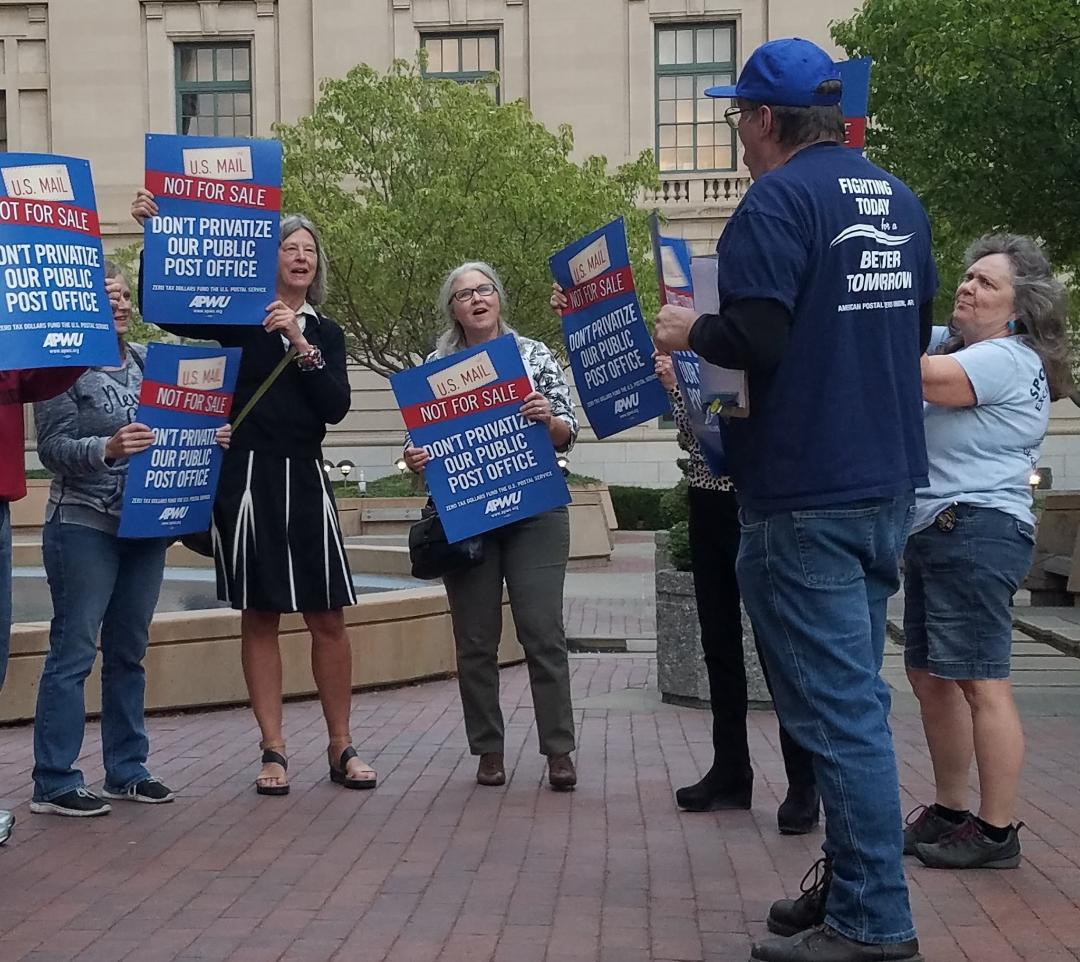 Ken Cruz, a clerk at the U.S. Postal Service Processing and Distribution Center in Spokane, said the group was made up of local postal workers and teacher union members and is demanding congressional reforms instead of privatization, which the Trump administration has discussed.

He said one of the group’s main demands is that U.S. Rep. Cathy McMorris Rodgers get behind U.S. House Resolution 993, which states that the postal service should remain within the federal government.

Dena Mullenix-Gallion, who also works at the distribution center, said she’s concerned that privatization could mean substandard, or no service for small communities.

“If somebody else buys in, big towns can deliver the mail,” she said. “But rural places won’t have anyone.”

Brian Baker, a post office clerk from Mead, said the group has sent thousands of letters to McMorris Rodgers asking she examine health benefits for retirees and postal banking and raise the standard of service now offered at most post offices.