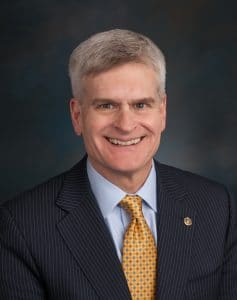 Under the UPU’s system, while China, India and Brazil pay smaller fees, the U.S. Postal Service picks up the tab. A 2017 Government Accountability Office (GAO) report stated that “the rates for inbound international terminal dues mail does not cover [USPS’s] costs for delivering that mail in the United States. As a result, USPS’s net losses on this type of mail more than doubled between 2012 and 2016.”

The House Committee on Oversight and Government Reform held a hearing on the issue in 2015.

Cassidy’s bill requires the U.S. secretary of state to negotiate with the UPU to end all subsidies, and prohibits new agreements that provide foreign shipments preferential pricing if the same treatment is not given to U.S. packages.