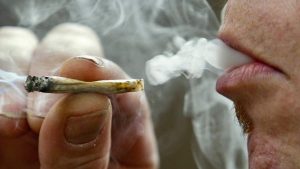 Marijuana may be legal now in the District of Columbia, but the hundreds of thousands of federal workers in the nation’s capital and other locales that now allow recreational use of the drug should think twice before sparking up that joint.

An executive order dating back to the Reagan administration prohibits federal employees from using illegal drugs, on or off duty. And though recreational pot is now legal in the District — as well as in Colorado, Washington state, Oregon and Alaska — the prohibition still applies to the ranks of federal workers who live there.

“The federal law prohibits marijuana use,” said R. Scott Oswald, managing principal at The Employment Law Group P.C. “Say you work for DOD [the Department of Defense] in D.C., the fact that it’s legal has no bearing at all for the federal worker.”

Last month, it became legal for D.C. residents to not only smoke recreationally but also to possess up to two ounces of marijuana, thanks to a ballot measure district voters passed in November.

The Obama administration has chosen not to intervene in state legalization, with the president saying “it’s important for it to go forward” after Colorado and Washington became the first to act.

Attorney General Eric Holder said the Justice Department are instead focusing on the most dangerous aspects of marijuana crime, such as trafficking or sales to minors.

But smoking pot remains a crime in the eyes of the federal government.

Whether or not workers are likely to face random screenings depends largely on the nature of their job — and their level of security clearance.

The executive order, signed in September 1986, directs the head of each executive agency to establish a program to test employees in “sensitive positions” for the use of illegal drugs. It defines a sensitive position as one in which the employee is granted access to sensitive or classified information.

The list includes members of the military and Department of Defense employees.

“Employees know they could get popped for a random test,” said Debra D’Agostino, founding partner of The Federal Practice Group. “But it seems like it’s infrequent enough where people aren’t concerned about it — that’s why these issues pop up.”

In the past six months, D’Agostino said her office has dealt with a handful of cases where federal employees were seeking advice after testing positive for marijuana.

“Very little has changed in how the federal government has dealt with marijuana despite the national shift in how people perceive marijuana usage,” she said. “Currently we are spending money to adjudicate these cases and it seems like a waste of money where there isn’t another concern for performance or national security.”

The military, she noted, still enforces a rule that prohibits extramarital affairs.

Though federal approval of recreational use might be a ways off, some lawmakers are pushing for the federal government to at least flip its stance on medicinal pot.

“Medical marijuana is legal in 23 states and the District of Columbia, and 12 states have laws regulating cannabidiol oils, a non-psychotropic component of medical marijuana used to treat seizures,” said a news release from Gillibrand’s office. “However, federal laws leave those who prescribe, use and sell medical marijuana vulnerable to arrest.”

The measure is among several marijuana policy reform bills that have been introduced in the House of Representatives. Supporters say the Senate bill demonstrates just how seriously this issue is being taken on Capitol Hill.

“The bipartisan nature of this proposal reflects the broad public support for resolving the tension between state and federal marijuana laws,” the Marijuana Policy Project’s director of federal policies, Dan Riffle, said in a statement Monday.

It’s a proposal, he said, that lawmakers on both sides of the aisle should get behind.

“There is no rational reason to maintain laws that prevent doctors from recommending medical marijuana, prohibit seriously ill people from using it, and punishing those who provide it to them,” he said.

via Legal pot? Not for federal workers | TheHill.