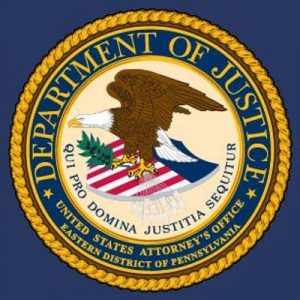 PHILADELPHIA – Acting United States Attorney Jennifer Arbittier Williams announced that James Chandler, 54, of Philadelphia, PA, was arrested and charged by Indictment with two counts of robbery of a United States Postal Service employee, and one count of kidnapping. The defendant made his initial appearance in federal court this afternoon and was detained pending trial.

The Indictment alleges that on January 11, 2021 and February 4, 2021, Chandler robbed uniformed postal workers during the execution of their official duties delivering parcels in West Philadelphia, using a replica handgun, forcing them into their postal trucks, and stealing packages from inside. During the incident on February 4, the defendant is also alleged to have forced the postal worker at gunpoint to drive him for several blocks in her postal truck before fleeing on foot.

“Targeting and violently assaulting employees of the United States Postal Service is a federal crime that will be investigated and prosecuted swiftly by this office,” said Acting U.S. Attorney Williams. “Mail carriers provide an essential service to nearly every citizen, oftentimes going above and beyond to execute their duties in challenging circumstances. If you choose to kidnap or rob a mail carrier, I guarantee you will feel the full force of the federal government come down on you in the form of intense investigation and aggressive prosecution.”

“Today, the United States Attorney’s Office charged James Chandler for assaulting two postal carriers while they delivered mail in the City of Philadelphia,” said Damon Wood, Postal Inspector in Charge of the Philadelphia Division. “While the carriers went about their job, delivering the many items that residents of the city depend upon, including medications, bills, benefits, and all the other items that help folks manage through this cold snowy winter and the pandemic a little easier, Mr. Chandler kidnaped them with what looked like a gun, and ransacked their postal trucks, looking for items he thought he could sell for a few dollars. Working closely with Detectives from the Philadelphia Police Department, Postal Inspectors developed enough evidence to identify and arrest Mr. Chandler before he could assault another carrier or another citizen of Philadelphia. I want to thank the United States Attorney’s Office for supporting the United States Postal Inspection Service and the United States Postal Service with this arrest. The United States Postal Inspection Service has many priorities, but it should surprise no one, that pursuing those who rob or assault Postal Service employees are at the top of the list.”

If convicted, the defendant faces a maximum possible sentence of life in prison.

The case was investigated by the United States Postal Inspection Service and the Philadelphia Police Department, and is being prosecuted by Assistant United States Attorney Justin Oshana.

An indictment, information, or criminal complaint is an accusation. A defendant is presumed innocent unless and until proven guilty.