The USPS board has important duties. By law it must: “direct and control the expenditures and review the practices and policies of the Postal Service.” For an agency with a $70 billion budget, and one that has lost $10 billion since 2007, this is a major job.

The governors appoint the top USPS executives and name the agency’s inspector-general. The board is supposed to “represent the public interest generally” and ensure the agency meets its various statutory obligations. 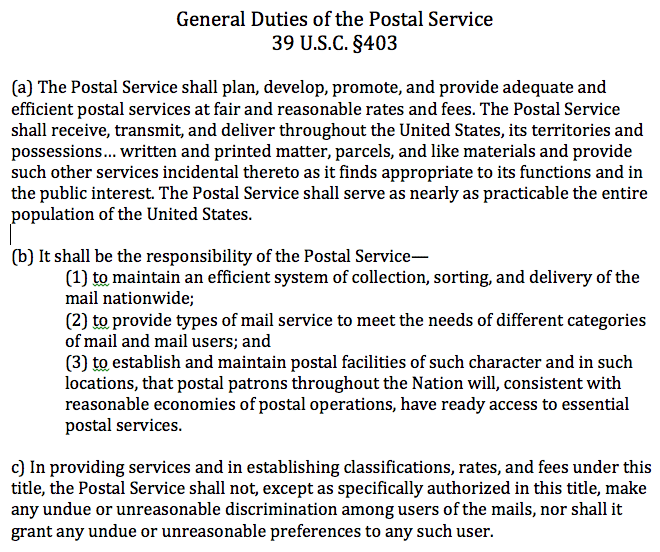 President Barack Obama has nominated five individuals to serve on the board, including James Miller, who previously served. The Homeland Security and Governmental Affairs Committee, which has jurisdiction over the Postal Service, gave the thumbs-up to all five appointees last year. But the full Senate has not yet voted on the nominees.

Read more/Source: Does the USPS even need a board of governors? | R Street Institute | Free Markets. Real Solutions.