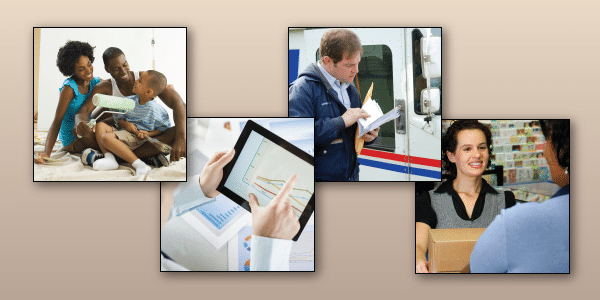 Why unions are skeptical of a human resources plan for the Post Office.

By Lydia DePillis – January 6, 2014
On Monday, the U.S. Postal Service’s inspector general posted a report with a seemingly innocuous title. “Flexibility at Work,” it read. “Human Resource Strategies to Help the Postal Service.” 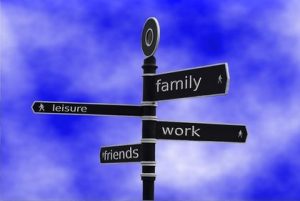 Inside, the report talks about things like helping its approximately 627,000 employees take time off when they need it, or giving employees the option of working four longer days per week rather than five, and bring in supplementary workers to cover shifts when necessary. The modern workforce, it argues, insists on the ability to accommodate family and social life; allowing for variations in scheduling will make everyone happier and more productive.

That all sounds good, right? What employee wouldn’t want greater leeway with how and when she works?

As it turns out, however, “flexibility” means different things to different people. And the unions that represent the Postal Service’s workers saw in the report an immediate threat.

“A stable, full-time workforce leads to the superb relationships the Postal Service has with customers,” said Fredric Rolando, president of the National Association of Letter Carriers, which represents about 270,000 of the Postal Service’s delivery workers. The push for flexibility at the USPS is trying to “solve a problem that doesn’t exist,” he added.

The American Postal Workers Union, which represents about 200,000 postal workers, pointed out that the Postal Service’s unionized workforce has a remarkably low turnover rate, so these measures must be aimed at retaining lower-paid, non-union employees without raising salaries.

“By and large, we reject the whole premise of ‘let’s’ get to a lower-paid, more flexible workforce,” says APWU spokeswoman Sally Davidow. The real issue for her members, she explains, is the constant state of crisis caused by management’s attempts to overhaul operations — contracted post offices staffed by non-Postal employees, for example — coupled with meddling by Congress.

“They just feel like ping pong balls, because of the whole uncertainty they feel about the institution,” Davidow says. “They’re constantly hearing about cuts, and hours curtailed, and processing plants closing, and will you be reassigned x number of miles away.”

Let’s put the Postal Service’s individual issues to the side for a moment. The unions’ reaction is important because it illustrates just how contested the term “flexibility” has become in the American workplace.

Sometimes, flexibility can mean being able to adjust your work schedule around the demands of the rest of your life, which especially helps the increasing number of families in which both parents work. Younger generations profess a desire to work outside the office and during nontraditional work hours, so allowing them to do so is seen as an important way to attract talent.

But often, employers use the word flexibility to describe being able to schedule workers according to demand — which can require a worker to be available 100 percent of the time, even if she’s not being paid for it — or just maintain a population of contractors who can be brought on as necessary and don’t come with all the inconveniences of a regular employee. It stands for contingent work, and the degradation of the quality of a “job,” as traditionally conceived.

“Flexibility for whom?” as Davidow puts it.

The answer is supposed to be both workers and management, says Ellen Kossek, a work-life policy expert at Purdue University’s School of Management who helped with the inspector general’s study. That’s “balanced flexibility.” But she recognizes the difference between “good flex” and “bad flex.”

“I’m not Pollyanna-ish on this. I know it can be abused,” Kossek says. “Flexibility will work best if it’s viewed as ‘good’ flexibility, and part of a pattern of positive social exchange… ‘Bad’ flexibility is employer-driven, where you can lay off workers at will.”

Unions don’t always resist flexibility policies, she says. Police and firefighters have flexible schedules. So do many airline employees and government workers. There’s even a union-backed coalition, the Labor Project for Working Families, that advocates for exactly these sorts of ideas.

Still, if an HR strategy is pitched as a money-saver for employers, it’s sometimes hard to understand how it could mean anything other than less money for employees. And while carefully avoiding mention of “cost-cutting,” the IG’s report also comes at a time of revenue challenges and changing business models. It talks about the need to accomplish “strategic goals,” like staffing peaks in postal demand without incurring overtime costs. That’s why, Kossek says, it’s sometimes easier to implement flexibility policies in workplaces that are doing well financially, so they’re not seen as a backdoor way to cut down on labor costs.

Is that true of the Postal Service? Depends on how you look at it. The institution continues to post multibillion-dollar losses, which politicians use as a cudgel when touting their proposed reforms. But most of that deficit is due to a bizarre requirement that the USPS pay the cost of retiree pensions up front — it’s been operationally profitable for a couple of years now, in part because of an increasing reliance on contract workers.

Still, Gene Del Polito, president of the Association for Postal Commerce, says change is necessary for the USPS to remain competitive with FedEx and UPS. The fact that it has four unions and three management associations, each with extensive contracts that outline what members can and can’t do, “is one of the Postal Service’s Achilles heels,” Del Polito says. “It needs the flexibility. It doesn’t have the flexibility, and it doesn’t have the willingness from unions to get it.”

For that purpose, the IG’s report is well timed. The postal unions’ three-year contracts expire this year, and flexibility policies could come up in bargaining. It’s likely to be slow going, however, if the idea isn’t introduced with extreme delicacy.

“It’s not that we’re against any kind of flexibility. We have a problem when it comes off as very one-sided,” Davidow says. “And we keep coming back to, ‘It’s not necessary.’”

via Do workers want ‘flexibility’? Depends on how you define it. – The Washington Post.