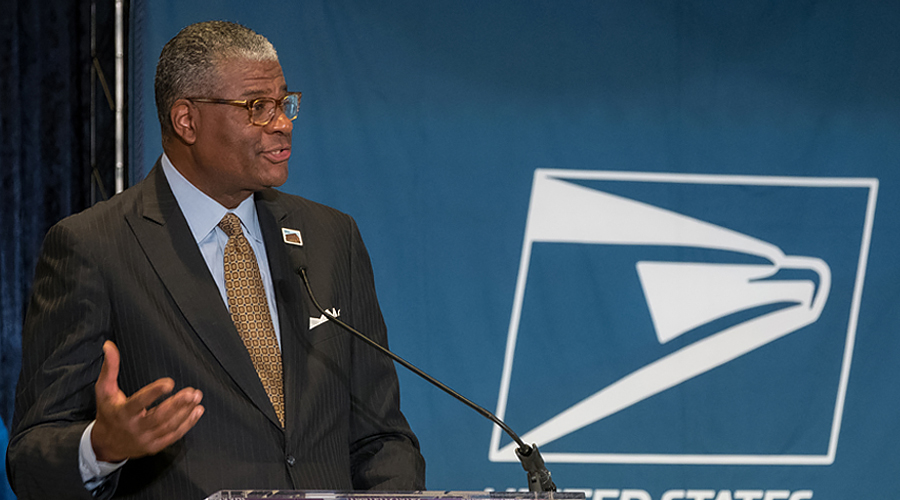 Deputy Postmaster General Ronald A. Stroman will resign next month after nine years with USPS.

Stroman, the 20th Deputy Postmaster General and the highest-ranking African American in USPS history, leads communications and relationship-building with Congress and federal, state and local government agencies, as well as efforts to educate stakeholders on the organization’s work to develop a framework for postal reform legislation.

“Ron’s leadership, advocacy for our organization, wise counsel and commitment to his colleagues and the men and women of the Postal Service will be missed,” Postmaster General Megan J. Brennan wrote in a May 13 memo announcing the resignation.

Stroman, who has 42 years of public service, was appointed Deputy Postmaster General by the Board of Governors in 2011. In this role, he oversees Government Relations and Public Policy, International Postal Affairs, Sustainability and the Judicial Officer Department.

During his tenure, Stroman led the organization’s successful coordination with the administration and the U.S. Department of State to negotiate profitable rates for the international exchange of small packets, which allowed USPS to remain in the Universal Postal Union.

Additionally, he spearheaded the organization’s strategic outreach on voting by mail, and he ensured the Postal Service remained committed to being a sustainable leader by building on its culture of conservation.