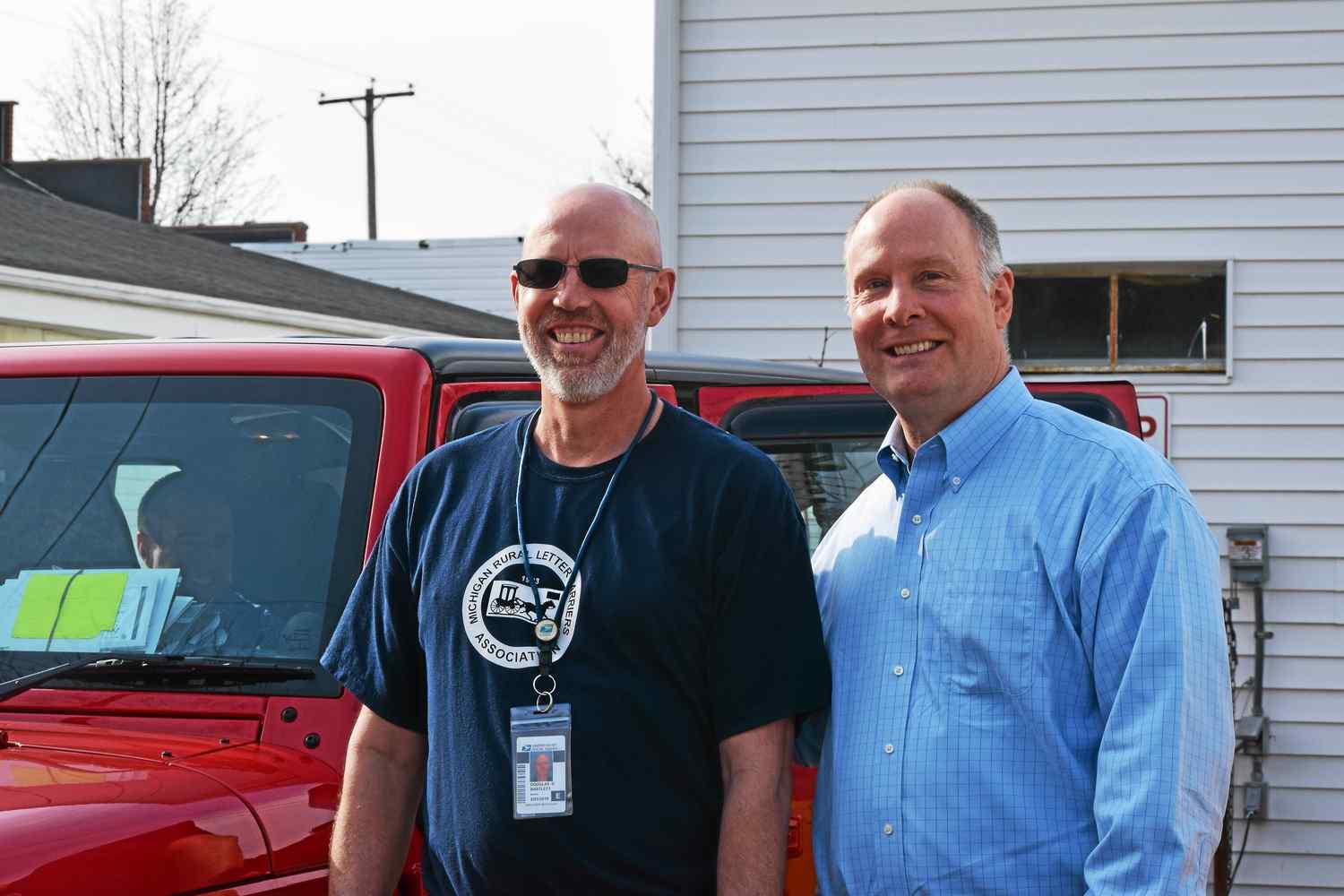 By Sean Bradley – April 10, 2017
In an effort to learn more about the issues surrounding the U.S. Postal Service, Congressman John Moolenaar (R-4th District) spent Monday on a ride-along with a postal worker in Edmore.

He rode along with mail carrier Doug Bartlett, who is also the president of the Michigan Rural Letter Carriers’ Association.

Bartlett said the biggest issue for the association is having a bill passed in Congress, to pass a bill reforming the Postal Accountability and Enhancement Act of 2006.

The bill requires the postal service to make annual payments from $5.4 billion to $5.8 billion from 2007 to 2016, which are held in a trust fund to finance the retiree health benefits fund from 2017 to the future.

According to a National Rural Letter Carriers’ Association fact sheet provided by Bartlett, the pre-funding schedule has accounted for about 90 percent of the postal service’s losses since pre-funding began.

“We want the payment stretched out over a 40-year period instead of a 10-year period,” Bartlett said. “We haven’t been able to make a payment.”

There are three to four employees out of 14 that are set to retire in post offices managed by postmaster David Jensen in Edmore, Cedar Lake, Six Lakes and McBride.

Jensen said his four post offices he manages have seen an increase in business due to package deliveries from Amazon and Ebay, for example.

Related to this is the issue of maintaining the post office’s standards of service.

In January 2015, the postal service implemented a plan to reduce service standards for first-class mail and move ahead with a plan to close an additional 82 mail processing facilities across the country.

This plan is currently on hold, according to a fact sheet provided by Bartlett.

According to a fact sheet provided by Bartlett, eliminating six-day mail delivery would cut as many as 50,000 rural letter carrier jobs nationwide.

“If we cut back, (mail recipients who need it) wouldn’t be able to get their medication but five days a week, or it hurts their paychecks, or it hurts small business,” Bartlett said.

Source: Congressman Moolenaar learns about mail issues on ride along in Edmore