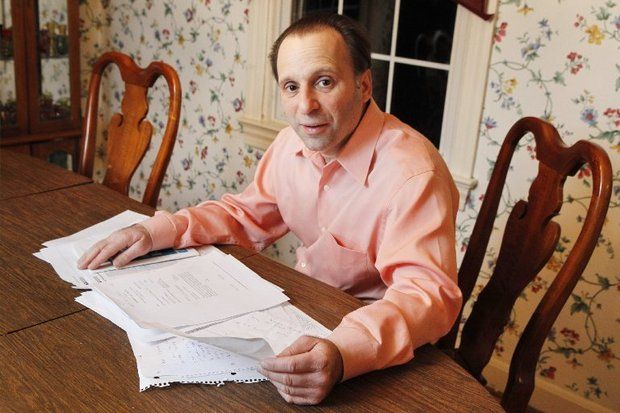 Rocco Russo with his federal pension paperwork. He was instructed to add money to his pension account when he retired, but the funds have yet to show in his pension checks — nearly a year later. (Jerry McCrea/for NJ Advance Media)

By Karin Price Mueller – February 23, 2015
Forget for a moment how you feel about your own financial situation. Forget if you feel that government workers get too many benefits. Forget what you think about the fiscal health of the governments that are on the hook for those employees’ pension payments.

And forget if you’re jealous that you don’t have a government pension of your own.

But Rocco Russo, a former postal service employee, says he’s being given the runaround with his pension.

Russo was 50 when he retired from the U.S. Postal Service in January of 2014. He served as the postmaster in New Vernon for 25 years, with a total of more than 30 years in service — if you count a couple of summers he worked at the Madison post office when he was in college.

But two months after Russo retired, he received a letter from the U.S. Office of Personnel Management (OPM), which manages, among other things, pension benefits for federal employees.

The letter said: “You performed service during which no retirement deductions were withheld from your salary… ”

That was his working time in college.

The letter said Russo could make a $357 payment to cover the benefits he would have contributed to over that time, and the extra time would be added to his retirement years and his pension.

The one-time payment would result in a $21.07 increase in Russo’s monthly benefits, OPM said.

But nothing changed for Russo’s pension.

He waited. Still nothing.