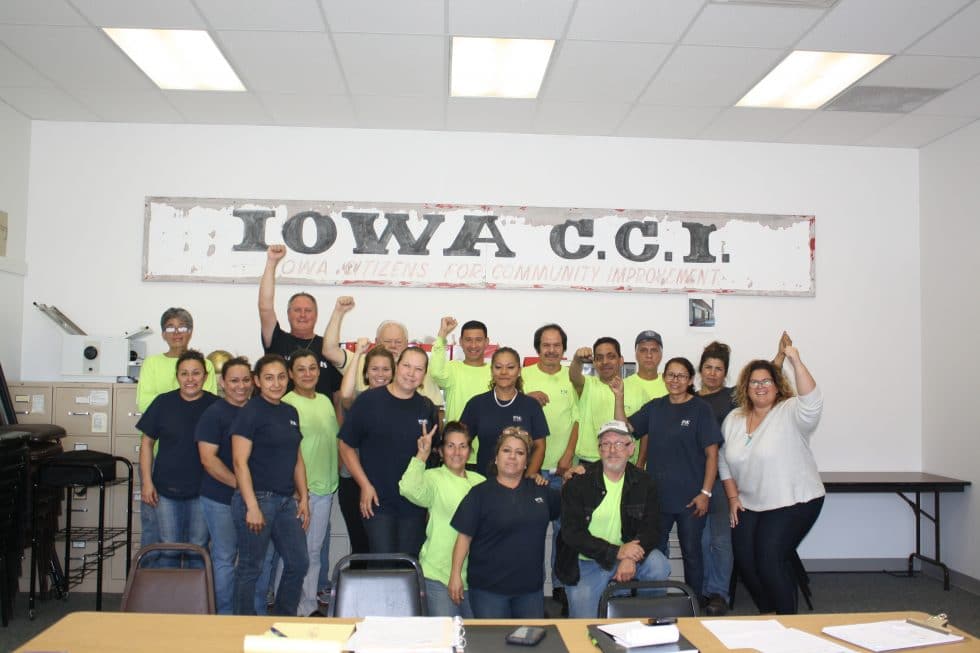 Web News Article #: 234-2016
10/28/2016 – The American Postal Workers Union (APWU) is celebrating an organizing victory! Workers at the Mail Transport Equipment Service Center (MTESC) located in Urbandale, Iowa, voted to join the Des Moines Area Local. The MTESCs are run by postal subcontractors, servicing the sorting and palletizing of mail trays, bags and other equipment. The favorable vote was over a two-to-one margin of 18-8.

This organizing campaign is an example of the effectiveness of the APWU’s partnership in A Grand Alliance to Save Our Public Postal Service. The PAE (Pacific Architects and Engineers) employees initially contacted Iowa Citizens for Community Improvement (CCI), looking for ways to improve their working conditions. CCI’s national affiliate, National People’s Action, is a member of a Grand Alliance. 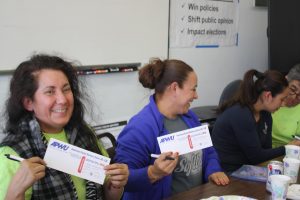 CCI’s organizers started meeting with the workers and linked the MTESC workers to the American Postal Workers Union. Des Moines Area Local President Mike Bates and Organizing Director Lonnie Matticks swung into action with the rest of the local’s members. They worked with the CCI and the PAE workers to win the union drive.

“This is living proof that the Grand Alliance truly exists and by working together we can unionize any company that touches the mail,” Bates said.

“We join in welcoming our newest members into the APWU family and salute the workers in their courageous actions to win their union” said National President Dimondstein. “Hats off to the CCI organizers and the Des Moines Local for standing with these workers in their fight for workplace justice.”

The next step will be securing a first collective bargaining agreement that meets the needs and concerns of the workers. By taking a strong stand for their union, they have gotten off to a great start!