A union that represents about 200,000 postal workers is looking in upcoming labor talks with the U.S. Postal Service to reduce the service’s reliance on non-career employees. 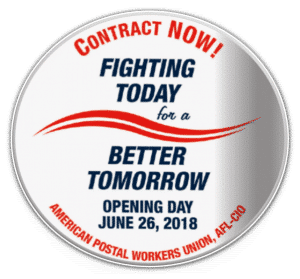 That’s from Mark Dimondstein, president of the American Postal Workers Union. The union’s goals as it begins bargaining June 26 with the Postal Service include converting non-career positions, which offer less generous pay, benefits, and job security, to career status, he told Bloomberg Law.

The union, which represents both career and non-career employees, will also seek to reduce the Postal Service’s reliance on contract employees, Dimondstein said. “We want the maximum amount of work done by bargaining unit employees,” he said.

The current collective bargaining contract between the Postal Service and the APWU expires Sept. 20, Dimondstein said. The contract was issued by an arbitration panel in July 2016 but was retroactive to May 2015.

Giving non-career employees a way to move to career status would improve worker morale and reduce employee turnover at the Postal Service, which in turn would lead to better service for the public, Dimondstein said.

The APWU represents a variety of USPS employees, including maintenance workers, truck drivers and people who repair vehicles, clerks who sort mail, and workers at the Postal Service’s retail centers, Dimondstein said. The bargaining unit is large enough that a strong labor contract would have benefits for the U.S. economy as a whole, he said.

Most of the Postal Service’s financial issues are caused by the requirement in a 2006 law that the USPS prefund its future retiree health liabilities, Dimondstein said. The union and the service agree that Congress needs to fix this issue, but in the meantime the APWU doesn’t want the Postal Service to use the Postal Accountability and Enhancement Act as an excuse for cutting workers’ pay and benefits, he said.

The Postal Service under the PAEA was required to kick in $5.5 billion to $5.8 billion per year for a period of 10 years to pay for its expected future retiree health benefits liabilities. The USPS was unable to come up with the required amount for many of those years but is required to treat the missed payments as liabilities when announcing its financial results.

Both the union and the USPS supported the Postal Reform Act (H.R. 5714), legislation introduced by then- Rep. Jason Chaffetz (R-Utah) in July 2016 that included provisions to address the retiree health prefunding issue. Rep. Mark Meadows (R-N.C.) introduced a new bill (H.R. 6076) with the same name on June 12. It has support from three Democrats who are original co-sponsors, along with two other Republicans. The APWU is still analyzing the new bill, Dimondstein said.

The APWU, an AFL-CIO affiliate, will be represented during the bargaining talks by a “core group” of eight elected union officials, Dimondstein said. Many more people will participate in the talks for the union in other capacities, including union members on advisory committees, attorneys, and economists, he said.