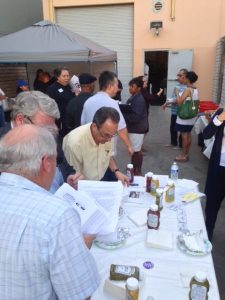 Members of the San Fernando Valley Golden Oldies Retirees Chapter, along with local, state and regional APWU officers, hosted a barbecue for more than 180 delegates to meeting of the Los Angeles Federation of Labor. The group represents thousands of working people in the greater Los Angeles area.

Members informed labor activists about the APWU’s fight to maintain a vibrant Postal Service and secure a decent contract. The message was eaten up, along with plenty of hot dogs.