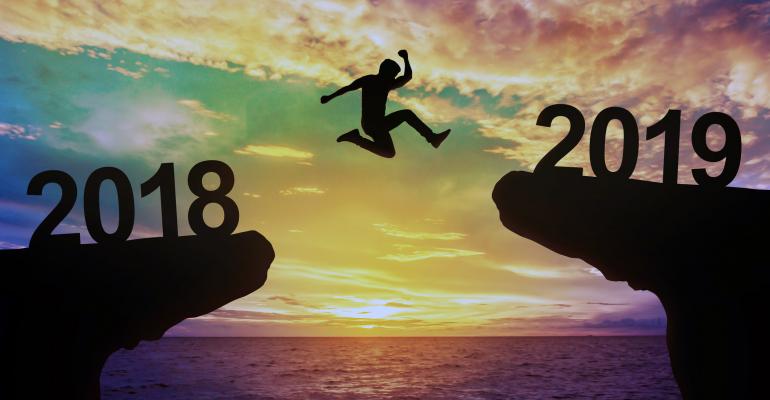 2018 has come to an end and I look forward to a new and hopefully more productive year for the union. As far as the union issues it was not a very good year.

Actions like this is one of the reasons retirees are not joining the Retiree Department and membership has decline yearly, a very sad and disappointing situation.

On the National Level a tentative agreement was voted on by the Rank and File Bargaining Committee but what was rejected was not shared with the membership.

Unfortunately, no one has shared what was before the Rank and File Bargaining Committee and transparency is a thing of the past.

Locally the Southwest Coastal Area Local President Phil Khong performed similarly as President Trump. He says one thing and then does another. In fact, he agreed to in writing to have open Executive Board Meetings and to continue the long-time practice of allowing Southwest Coastal Area Local Retirees to meet at 2 PM prior to the regular local meetings. He reneged on both items. His word and agreement are worthless. How can a union member respect someone who acts in this manner?

He did nothing for the Tax Day Rally (April 2018), or the National Day of Action (October 2018), or the state, local, or congressional election in November of 2018. I am proud to say the Southwest West Coastal Area Local Retiree Chapter and two local members on their own – Huntington Beach Chief Steward Jason Adam and Anaheim Member Cheryl Armstrong was involved in these issues.

Both the National APWU and the Southwest Coastal Area Local appear to “fear transparency”.

This year we will have National APWU Union Elections. Retirees should think long and hard regarding who we should support.

Retirees can vote for the following:

Normally the year end message from me has normally been positive but that is not the case this year.

The November 8, 2018 Elections were very important and I proud to say with the support and efforts of many we were successful. Thanks California Labor Federation, Orange County Labor Federation, California State APWU President Mike Evans, California State APWU Legislative Director Phil Warwick, Anaheim member Cheryl Armstrong, and National APWU Legislative/Political Director Judy Beard for all the efforts in Orange County and I was proud to be involved as well.

The report put out by Trump’s White House Postal Task Force on the Postal Service Report was not good for postal workers. The Trump agenda is not good for seniors/retirees. Medicare and Social Security, and FERS should all improve and increase benefits not cut them. These are major reasons we needed to change the House of Representative. In 2020 we need to keep the House and change the office of President and the Senate.

Our local for the most part has been absent for these battles.