The Postal Service was established on July 26, 1775, when an act of the Second Continental Congress created the United States Post Office Department, and named Benjamin Franklin as the first Postmaster General.  July 26, 2015 will be the agency’s 240th birthday. 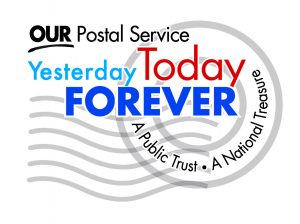 On June 5, 2015, the NPMHU, APWU, NALC and NRLCA jointly endorsed a request to the White House, seeking a Presidential Proclamation establishing a “Postal Heritage Day”.  This proclamation would recognize America’s Postal Service as one of our great national treasures. By way of the proclamation, all Postal Unions respectfully requested that President Obama designate July 26 “Postal Heritage Day” to recognize the Postal Service as a vital institution which belongs to the American people, and should be protected as a public service, a public asset, and a national treasure.

One thought on “What happened to request for Presidential Proclamation establishing a “Postal Heritage Day”?”