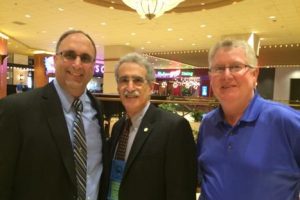 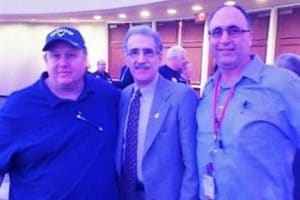 Today, November 17, 2016 will be the day that Vince Tarducci, President of the Philadelphia BMC Local turns over the gavel to new leadership of the local. Vince was elected as a national business agent and will now serve the APWU in that capacity.

Vince has served as local president for 27 years and in my opinion is one of a kind. First, anyone that can be elected year after year as local president deserves some respect. His local is one of the best organized in the country, they are always involved in political activity, support COPA and most important have represented the members for years at the highest level possible.

This medium size local of under 500 members, now has four elected national officers. Their ability to replace those that move up or move on is possible because of the training and involvement of many officers, stewards and members of the local. Vince is a leader that has built a strong base within the local and has always encouraged many to be involved.

The joke that I have always made is that when you attend a meeting being chaired by Vince bring a lunch. The reports and information he provides are so extensive and if you have something on your mind, Vince will wait until you raise your hand to speak. His compassion and love for the members he represents is special.

Need a document, want to know where each convention or NPC was held in the last 30 years, maybe there was a document handed out 20 years ago at an NPC in Arizona, chances are Vince has the document somewhere in his files. I have relied on him more times than I can count over the past 27 years. Vince has also been a mentor to many, me being one of them.

In 2006 the Philadelphia BMC Local, Philadelphia Area Local and PPWU all hosted the national convention. I believe to this day it was one of the best conventions ever. The organization, professionalism and dedication Vince provided made the convention the success I believe it was. And yes there were many involved and they all should be recognized, but this is Vince’s day.

Lastly, Vince has always carried himself as a person who respects everyone. When Vince approaches the microphone (he always taps it twice, just watch) people stop to listen, because over the years he has approached each topic as if it was the most important issue going on at the time. He always addresses the issue and not the person with a different view then him.

I know the members will miss Vince not being in the office each day, but the level of representation will continue and I wish Chuck Camp and the officers and stewards the very best. Vince is moving up, not moving on and will for sure help the local and everyone else that he has touched over the years. Thanks Vince for your friendship and guidance over the years, I wish you the best as the junior NBA in the office.