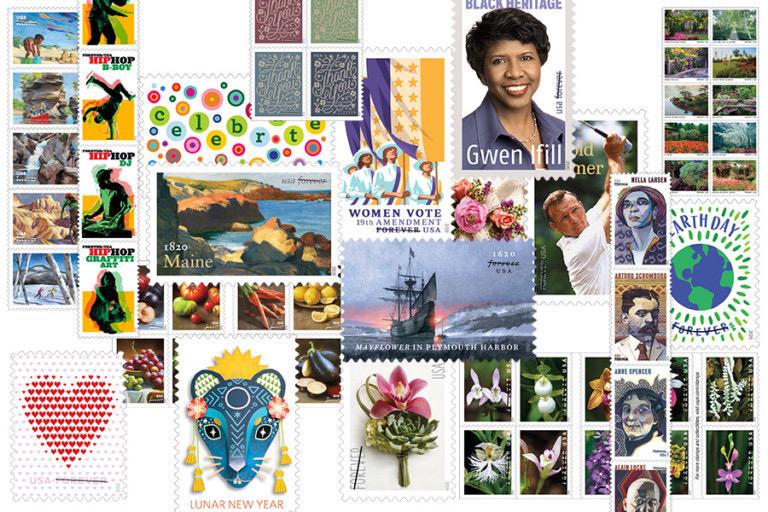 USPS has announced some of its planned 2020 stamps, including releases honoring Gwen Ifill, Arnold Palmer and Hip Hop.

The Postal Service has announced some of its planned 2020 stamp releases.

“These miniature works of art offer something for everyone interested in American history and culture,” said Stamp Services Acting Executive Director William Gicker.

“From notable figures such as golf legend Arnold Palmer and esteemed journalist Gwen Ifill to the cultural phenomenon of hip hop to a celebration of the great outdoors, this program is wide-ranging and adds to the history of our great nation as recorded through the U.S. stamp program.”

USPS announced the stamps Oct. 22. The designs are preliminary and subject to change.

The Postal Service plans to announce additional stamps in 2020.