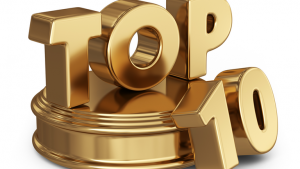 As we do at this time every year, here is our countdown of what we think are the top postal-related stories of the year. Did we miss a story that you think should be on the list? Did we include one you would have left off? Share your thoughts in the comment section.

10. Polar Vortex — Record-shattering temperatures in the Midwest in late January forced the U.S. Postal Service to shutter mail deliveries and other operations in parts of 10 states for two days – a situation so exceptional that it dominated news coverage in late January.

9. Stamp of Disapproval — A federal appeals court struck down the 55-cent stamp nine months after its enactment, siding with a long-time postal enthusiast who challenged the 10 percent hike. The court said the Postal Regulatory Commission (PRC) failed to provide an adequate explanation for the rate increase and didn’t respond to public comments, in violation of the federal Administrative Procedure Act. The decision is likely to affect future PRC analysis.

8. Stolen Moments — More than 1.7 million packages across the country are stolen or go missing every day, The New York Times reported — with some cities seeing an increase of 20 to 60 percent this year. The damage adds up to more than $25 million in lost goods or services. The problem is not unique to any one delivery provider – and now all of them are turning to technology for solutions, including real-time tracking services and package redirection services for pick-up at secure locations.

7. Drugs in the System — Opioids in the mail grabbed headlines in 2019, but illicit drugs moved through all delivery networks. Savvy crooks exploited infrastructure vulnerabilities to traffic drugs through delivery networks. And the sheer volume of international packages overwhelms short-staffed authorities at ports of entry, allowing dangerous fentanyl to sneak through. Authorities are increasingly turning to technology, such as advance electronic data, to assist.

5. Primed for Speed — Amazon makes one-day shipping the new standard for its Prime customers, and, essentially, the new industry standard. The move comes with costs for Amazon — higher shipping and other fulfillment costs to deliver more packages at higher frequency – as well as its partners. In several major markets, Amazon is delivering more and more of its own packages.

4. Extraordinary Outcome — At only the third Extraordinary Congress in its history, the Universal Postal Union reached an eleventh-hour compromise that allows the United States to set its own inbound postage rates on packets and remain in the 145-year-old organization. The outcome was celebrated by all countries, as well as U.S. mailers and shippers that were worried about the disruption of leaving the global postal network.

3. Ten-Year Review, Take Two — The PRC reopened its 10-year review of the ratesetting process for market-dominant products, this time suggesting a revised price-cap formula that would factor in the higher costs of mail delivery in less dense areas, as well as a formula based on mandated retiree benefits costs. Mailers spent a good part of 2018 fighting the original 2017 proposal, arguing the price cap isn’t the problem, rather it’s the USPS’s inability to control costs.

2. Good Governance — Just as the Board of Governors reached a quorum, the House oversight committee sadly lost its leader, Rep. Elijah Cummings, a voice for bipartisan civility and a long-time champion of postal reform. Reform efforts could reheat quickly. A fully functioning board can tackle strategy, pricing, and other big-ticket issues, including hiring a new PMG. Which brings us to our pick for topmost postal-related story of 2019…

1. PMG To Retire — After five years at the helm, Postmaster General Megan Brennan — the agency’s 74th PMG and first female, announced her plans to retire January 31, 2020. The newly constituted board has begun an executive search for her successor.