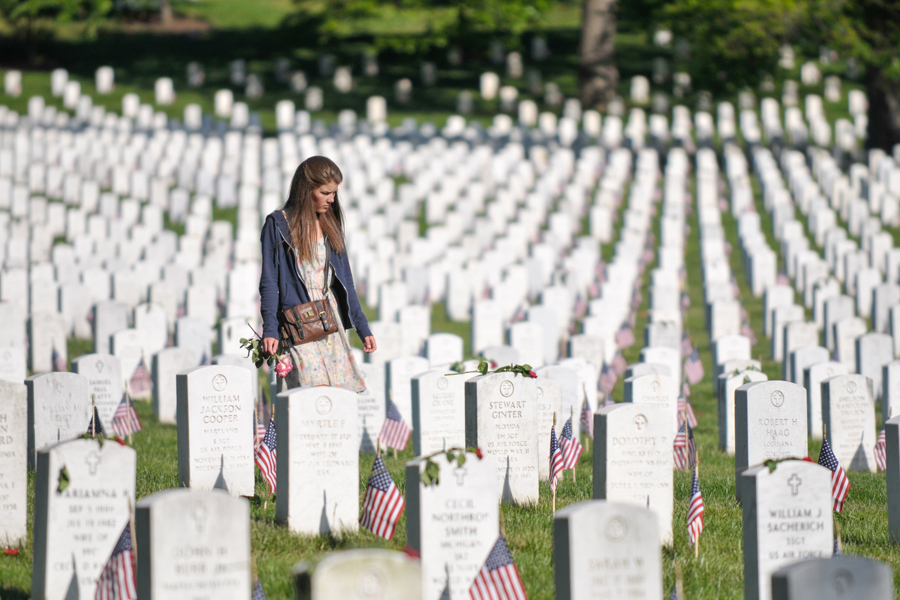 A woman searches a sea of graves for a family member buried at Arlington National Cemetery in Virginia on Memorial Day in 2013.

The United States will observe Memorial Day, a federal holiday to remember members of the armed forces who died while serving the nation, on Monday, May 27.

Approximately 100,000 veterans are employed by USPS. The organization is one of the largest civilian employers of former and current members of the Army, Air Force, Navy, Marines and Coast Guard.

“The Postal Service is proud to employ so many former and current members of the military,” said Postmaster General Megan J. Brennan. “These men and women answered our country’s highest calling, and we honor their contributions every day. On Memorial Day, a special day of remembrance, we join these employees and all Americans in honoring the service members who made the ultimate sacrifice to ensure our freedom.”

Memorial Day was first widely observed in 1868. For many years, the commemoration, known as Decoration Day, honored fallen soldiers from the Civil War.

Congress made Memorial Day a national holiday in 1887. After World War I, the day was expanded to honor service members who died in all American wars.

In 1968, Congress changed the annual observance from May 30 to the last Monday in May.

The U.S. Department of Veterans Affairs site has more information, including a detailed history of the holiday.