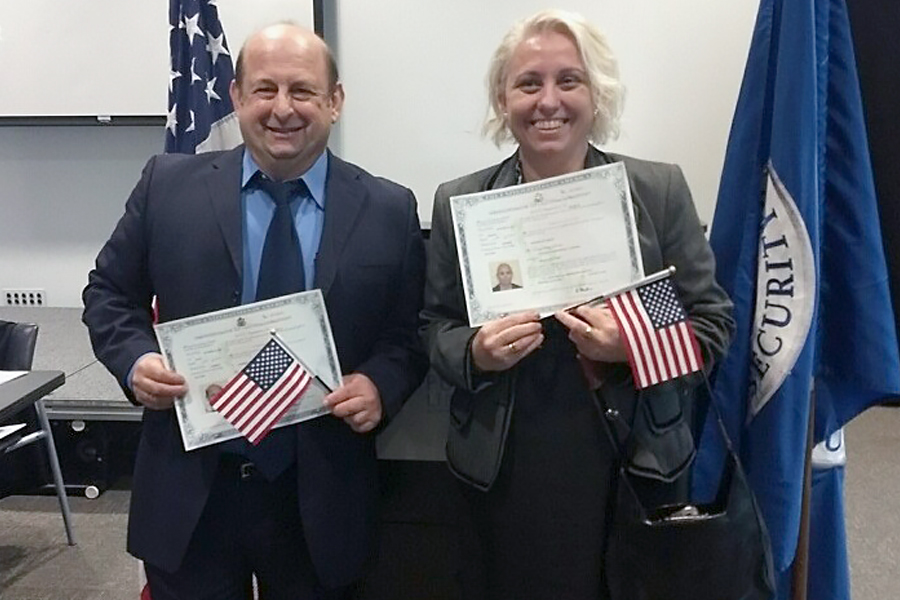 It was a moment Tsvetelina Padezhka and her husband, Lyubomir Padezhki, had long worked toward.

The Tennessee residents recently recited the oath of allegiance to the United States during a ceremony at a U.S. Citizenship and Immigration Services office, completing a final step in their journey to become American citizens.

Tsvetelina Padezhka, a custodian at the Jackson Post Office, and Lyubomir Padezhki, a Mason Post Office rural carrier associate, have been postal employees for three years.

Their last names are spelled differently to denote female and male names, a tradition in their home country of Bulgaria, which they left in 2013 in search of better opportunities in the United States.

“It has always felt like home since we came here,” Tsvetelina said.

“Lina is such a good worker. She is just so pleasant,” said Sheri Campbell, a Jackson letter carrier.

Mason Postmaster Constance Ratliff called Lyubomir “very dependable and exemplary. He goes out of his way to help everyone here. He is truly a team player.”

Tsvetelina and Lyubomir said they see a bright future ahead.

“In this country … you can do whatever you want. You just have to work for it,” Tsevetelina said.