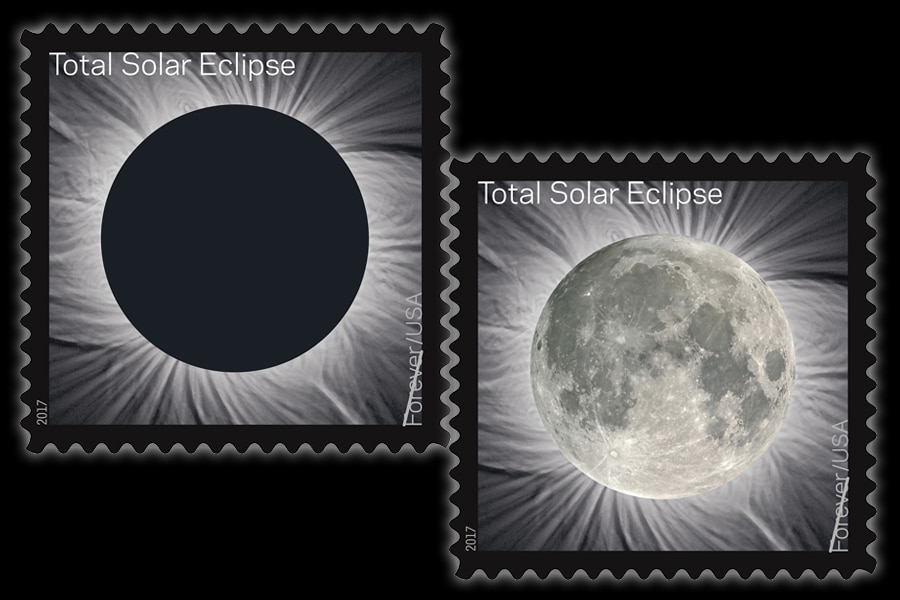 The Total Eclipse Stamp, to be released June 20, will feature an image that transforms from the heat of a finger.

The Postal Service will soon release a first-of-its-kind stamp that changes when you touch it.

The Total Solar Eclipse stamp will be issued June 20 to commemorate the eclipse that will occur in the United States Aug. 21.

The stamp will show an eclipse that transforms into an image of the moon from the heat of a finger. This is the first U.S. stamp application of thermochromic ink, the technology that makes the transformation possible.

Tens of millions of people in the United States hope to view the Aug. 21 eclipse, a rare event that has not been seen on U.S. mainland since 1979. The eclipse will travel a narrow path, running west to east from Oregon to South Carolina. Portions of 14 states will be included.

The stamp image is a 2006 photograph taken by Fred Espenak, an Arizona astrophysicist who is also known as “Mr. Eclipse.”

The back of the stamp pane provides a map of the Aug. 21 eclipse path and times it may appear in some locations.