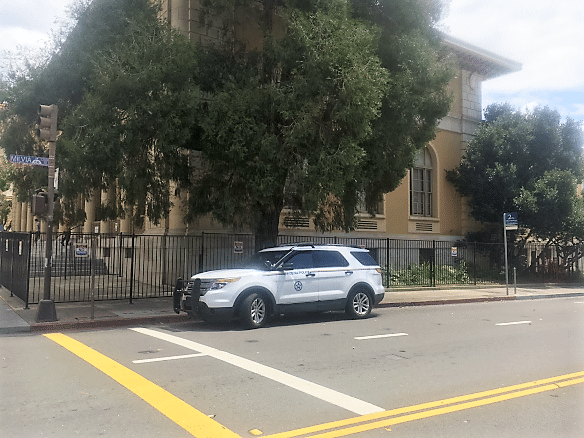 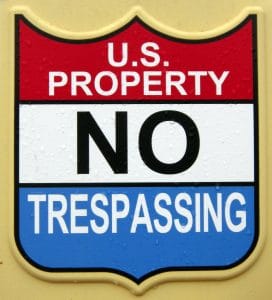 The United States Postal Service, or USPS, installed a 6-foot tall metal fence at the Downtown Berkeley Post Office during the week of April 25, partitioning public property and hanging signs that read “U.S. property. No trespassing.”

USPS installed the fence between April 25 and 27. The fence restricts access to the sidewalk area formerly used by the 17-month homeless encampment at the post office and extends around the corner on Milvia Street, closing in a garden bed that was planted by protesters during the occupation.

Mayor Tom Bates was not aware of the plan to erect the fence, although he supports its construction, according to Charles Burress, assistant to Bates.

“He’s in favor of having the fence there because it helps to eliminate problems that were associated with that encampment,” Burress said.

Several Berkeley residents have expressed viewpoints in opposition to Bates’, adding that this action is one more example of the city failing to serve the needs of the homeless population.

“That post office would have been sold if these people weren’t there,” said Marsha Feinland, a Berkeley resident and former Rent Stabilization Board commissioner. “The people who really defended it were the people who were there.”

Other USPS properties in Berkeley, such as the letter carrier facility on Eighth Street and the office located on San Pablo Avenue, have fences.

“It’s a security feature that we do employ,” said Jeff Fitch, spokesperson for the San Francisco division of the U.S. Postal Inspection Service. Fitch added that the fence was constructed in response to the area that previously was occupied.

The fence replaces two federal postal police officials who had been patrolling the area 24 hours a day since the disbandment of the encampment April 12.

Thorild Urdal, a nurse at Alta Bates Summit Medical Center in Berkeley, compared the fence to walls and fences erected in former Soviet countries in Eastern and Central Europe.

“This looks like a prison. It’s like, ‘Are we in some Eastern Bloc country?’” said Urdal. She added that planters could have been put in the space instead.

USPS did not disclose the cost to build the fence. Fitch said the fence is “probably permanent” because it is a metal fence, adding that individuals who are concerned can contact the postmaster with questions.